Extensive medical experience around the world 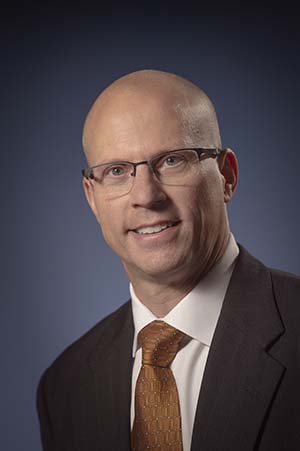 I joined Trine University’s Physician Assistant program in May 2020 as an assistant professor and currently teach Clinical Anatomy, PA Professional Practice, and Clinical Skills. I also am chair of the Student Success Committee.

I received a Master of Science in medicine as a physician assistant from Western Michigan University (Kalamazoo, Michigan) in 2007. After practicing emergency medicine and family medicine for a couple years, I entered the Navy as a Medical Officer (Lieutenant) stationed at the Marine Corps Recruit Depot in San Diego, California. I developed the heat casualty protocol that became the standard of care at other medical clinics. In addition, I completed an eight-month deployment at the Expeditionary Medical Facility in Kuwait. Functioning as a primary care provider, I personally treated over 2,700 soldiers with conditions ranging from common colds to pneumonia to dermatological issues to musculoskeletal problems. I received the Navy Achievement Medal for my strong performance.

In 2012, I accepted a position at the Virginia Brain and Spine Center Pain Management Department in Winchester, Virginia. During my 6½ years, I built a thriving medical practice that focused on patient education and multidisciplinary treatment options. I also opened an OsteoStrong® franchise center to offer an option for increasing bone density, reducing fracture risk, increasing athletic performance and improving pain without medication.

Before my career as a physician assistant, I served as director of fitness for Honda of America. During my nine-year employment, I played an instrumental role in the design of their corporate fitness facility and was responsible for staff training. I also instructed and supervised interns from Bluffton University and Morehead State University. Based on the positive feedback from the interns, Bluffton University contacted me to teach their Exercise Physiology course.

While attending Miami University in Oxford, Ohio, as a graduate assistant in Exercise Science, I was responsible for teaching several health-education classes and supervision of the Faculty and Staff Health Enhancement Program. I personally developed an in-house internship program that allowed 25 students, both undergraduate and graduate, the ability to gain practical experience in exercise leadership and fitness assessment. I also conducted research on a fall prevention strategy in older adults that later was published.

I live with my wife Lisa, son AJ and golden retriever Gunner in southwest Fort Wayne. I love the one-on-one interaction with students and watching their eyes light up when I am able to explain a difficult topic. I enjoy watching movies about people who overcome difficult situations and spend much of my time studying nutrition and physical performance.