A veteran with a vast knowledge of the medical profession 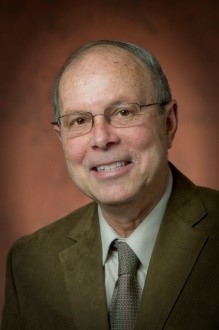 I was born in Habana, Cuba in 1952 and emigrated as a refugee, with my family, to the U.S. in 1962.  We eventually settled outside of Washington D.C. in Bethesda, Maryland where I attended high school.

After graduation, I attended 2 years at The Catholic University in D.C. before enlisting in the U.S. Navy as a Seaman Recruit (E1) in May of 1972.   I started recruit training (boot camp) in August '72 and graduated in December '72 as a Seaman (E3).  I entered Hospital Corpsman School, graduating in April 1973 as a 3rd Class Petty Officer. I then attended Medical Laboratory Technician School, graduating with an AS Degree in June of 1974 as a 2nd Class Petty Officer. In 1976, I completed requirements for a BS in Medical Technology and passed the American Society of Clinical Pathologists Medical Technologist Certification exam. I subsequently was promoted to a 1st Class Petty Officer and became Senior Instructor for the Navy's School of Medical Technology leading the inaugural and subsequent class though their training. In 1976, I married my wife Deanna. In 1978, I started medical school at the University of Maryland School of Medicine, graduating in 1982 as a member of the Alpha Omega Alpha Medical Honor Society. I returned to full-time active duty with the U.S. Navy and was sent for an internship at Naval Hospital Bremerton in Washington state.

After a 25 year career in the Navy, I retired from active duty with the rank of Commander (O5) and was for a year and a half the Associate Director of a FP Residency program in Madisonville, Kentucky. Leaving that program, I began work for DeKalb Memorial Hospital, holding first a practice position in Family Medicine at a small rural clinic and eventually becoming Chief Medical Officer and subsequently Interim Chief Executive Office (a position held for almost a year). During this time I taught both PA, NP , and Medical Students in my office and in didactic lecture halls, became certified in Long-Term Care Medical Direction as well as becoming a Certified Ringside Physician through the American College of Sports Medicine.

My wife and I have 4 children and, at current count, 9 grandchildren. We reside a bit North of Fort Wayne in Auburn, Indiana on about 2+ acres. These contain a large Native Wild Plant collection and various garden plots (cared for by my wife) as well as 3 terribly spoiled cats (which cat isn't). Hobbies include reading, writing, painting, and officiating basketball and soccer at various levels . Both my and I are avid nature enthusiasts and hikers. Both Advance Indiana Master Naturalists, we do volunteer work for a number of conservation organizations. In 2015, I became a Certified Interpretive Guide through the National Association for Interpretation and became involved in presenting outdoor nature programs.