OCT. 20 -- Former presidential hopeful Mitt Romney will deliver the commencement address at Trine University in May 2016. 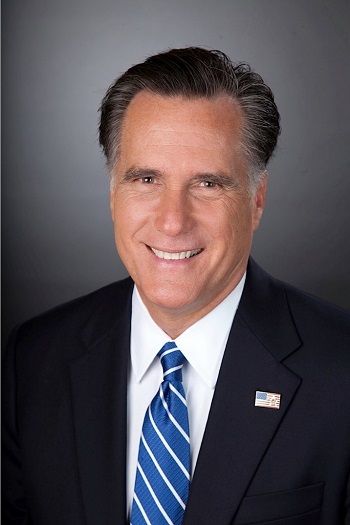 “We are excited to have a person of Mitt Romney’s stature embrace a crucial role for our commencement,” said Earl D. Brooks II, Ph.D., Trine president. “His leadership and business acumen are standards for which our graduates and others can strive. His love of our nation and devotion to his family are also admirable.”

Romney is scheduled to speak during Trine’s 131st commencement ceremony at 10 a.m. Saturday, May 7 on the main campus.

In 2012, Romney was the Republican nominee for president of the United States, an election won by President Barack Obama. In Indiana, Romney garnered the most votes.

Earlier, from 2003 to 2007, Romney was governor of Massachusetts. In 2008, he was a candidate for the GOP presidential nomination. During this current election season, many supporters are either encouraging him to enter the primary race or lamenting his decision to not pursue the presidency.

He was also president and chief executive officer of the 2002 Winter Olympic Games in Salt Lake City.

In 1977, he joined Bain & Company, Inc., a management consulting firm in Boston of which he became vice president in 1978. He left Bain & Company in 1984 to co-found Bain Capital, a spin-off private equity investment company he left in 1988. He served on the board of directors of Marriott International from 1992 to 2002 and rejoined the board in 2012. He also serves on Solamere Capital’s Executive Partner Group.

He is the author of three books, “Turnaround: Crisis, Leadership, and the Olympic Games,” first published in 2004; “No Apology: The Case for American Greatness,” 2010; and “No Apology: Believe in America,” 2011.

Romney and his wife, Ann, are the parents of five grown sons.

Everyone is welcome to attend Trine University’s commencement; more details will be posted at trine.edu/commencement.