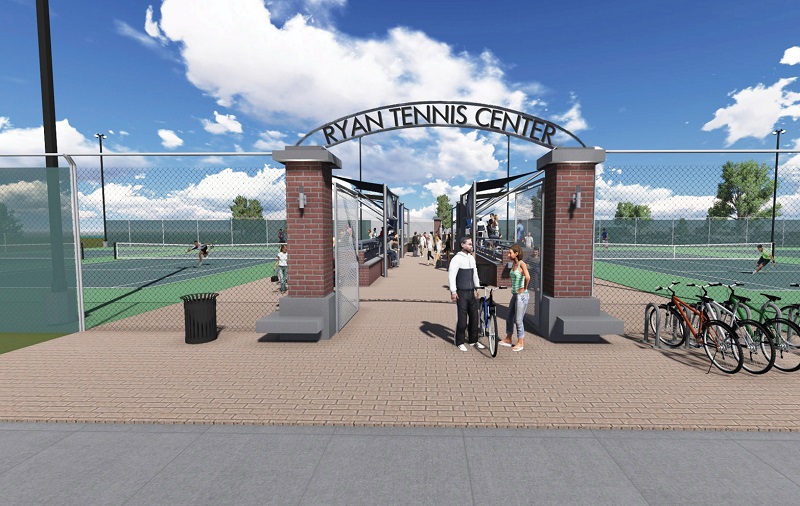 Trine University will add tennis courts and a plaza thanks to generous donors.

Construction of the Ryan Tennis Center is set to begin in May. The center is named for lead donors Cliff Ryan, a Trine University trustee and 1966 alumnus, and his wife, Sig. The facility will feature two new tennis courts, bringing the total to six courts, along with seating and a plaza area to allow for tournament officiating.

“Thanks to dedicated alumni and friends, such as the Ryans, Trine is able to update its athletic facilities for our competitive tennis teams and all students,” said Earl D. Brooks II, Ph.D., Trine president. “This project is one part of the more than $155 million that Trine has raised and invested in the campus in the past 10 years.”

Construction continues on two other projects at Trine: the $7.1 million Reiners Residence Hall and the complete renovation of Ford Hall at $4.5 million. The 170-bed residence hall and Ford, home of the Ketner School of Business, are on schedule to open in the fall with dedications also scheduled to take place during homecoming weekend.

Trine recently opened the new SportONE/Parkview Softball Field, which is home to Thunder softball, ranked seventh in the nation. The facility boasts a new softball field, dugouts and batting cages along with expanded seating and the Ben Davis Memorial Press Box.