Holcomb next Distinguished Speaker at Trine

Eric Holcomb, lieutenant governor and Republican candidate for governor of the state of Indiana, will be the next speaker in Trine University’s Distinguished Speaker Series.

Holcomb will speak at 10 a.m. Sept. 13 in the Ryan Concert Hall of the T. Furth Center for Performing Arts. The event will include a remembrance of those who lost their lives in the Sept. 11, 2001, terrorist attacks. 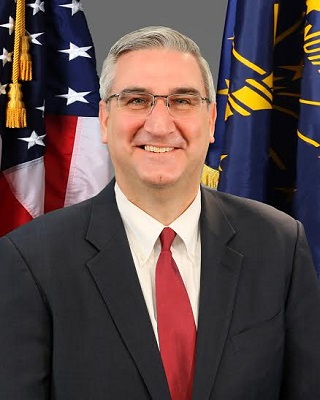 Holcomb was selected by the Indiana State Republican Committee on July 26 to replace Gov. Mike Pence on the Republican ballot. Pence had withdrawn from the gubernatorial race to be the Republican candidate for vice president of the United States.

A life-long Hoosier, Holcomb is a veteran of the United States Navy and was a trusted advisor to both Gov. Mitch Daniels and Sen. Dan Coats. He also is former state chairman of the Indiana Republican Party and, as such, a member of the Republican National Committee.

He was nominated to serve as lieutenant governor by Pence on March 2 and was confirmed by the General Assembly and sworn into office on March 3.

Holcomb was a key member of Daniels’ administration, holding various positions including deputy chief of staff in the official office and campaign manager for Daniels’ landslide 2008 re-election. He also oversaw the governor’s state political action committee, Aiming Higher, and has both official and campaign experience at the district and local levels. Holcomb managed successful campaigns for U.S. Congressman John Hostettler, served as the congressman’s official district director, and conducted a mayoral race in Vincennes, where he lived at the time.

Throughout his career in public and political service, Holcomb has earned a reputation of being a consensus builder. He has traveled extensively around the state to build support for various initiatives including, but not limited to, Indiana’s property tax caps, healthcare reform, and Major Moves, a $3.85 billion infrastructure public-private partnership.

He is the author of the book, “Leading the Revolution,” which outlined the successes of the Mitch Daniels approach to campaigning and governing.

Holcomb is a graduate of Pike High School in Indianapolis and Hanover College in southeastern Indiana, where he majored in U.S. history with a focus on the American Civil War and the Reconstruction Era. He is a collector of presidential signatures and currently has documents signed by 40 of our nation’s 44 presidents.

He is a member of the Indiana Farm Bureau; the National Federation of Independent Business; the Indianapolis WWII Round Table; the American Legion, Post 777; and is a board member of the Benjamin Harrison Presidential Site.

He and his wife, Janet, live with their dog, Henry, on the northwest side of Indianapolis.