ANGOLA – Former United States Secretary of Transportation Raymond H. “Ray” LaHood will present a program on “Seeking Bipartisanship” and the current state of politics as part of the 2015-2016 Distinguished Speaker Series at Trine University. 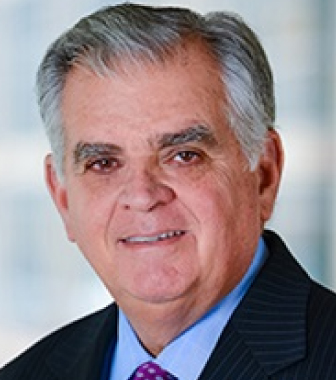 LaHood will speak at 3:30 p.m. April 18 in the T. Furth Center for Performing Arts. The program is free and open to the public, and will include a question and answer session. Seating, with plentiful options for those with disabilities, is on a first-come basis.

With a 36-year career in public service, LaHood has extensive experience on major national policy issues, among them transportation and infrastructure. He served as the 16th Department of Transportation Secretary from 2009 to 2013 and quickly became known as a bipartisan leader and skilled conciliator in a highly partisan environment.

LaHood’s tenure was marked by landmark efforts to improve safety in every mode of transportation, from aviation and rail to pipelines and automobiles. Under his leadership, improvements to America’s infrastructure included building or replacing 350,000 miles of highway, repairing 20,000 bridges and renewing or constructing 6,000 miles of rail track.

As Secretary of Transportation, he oversaw an agency with more than 55,000 employees and a $70 billion budget covering air, maritime and surface transportation.

Before heading the U.S. Department of Transportation, LaHood served from 1995 to 2009 in the U.S. House of Representatives on behalf of the 18th District of Illinois and also served on various House committees, among them the powerful House Appropriations Committee and the House Intelligence Committee. He served as chief of staff to U.S. House Minority Leader Robert Michel from 1982 to 1994. He was director of the Rock Island County Youth Services Bureau from 1972 to 1974, chief planner of the Bi-State Metropolitan Planning Commission from 1974 to 1977, and district administrative assistant for U.S. Congressman Tom Railsback from 1977 to 1982.