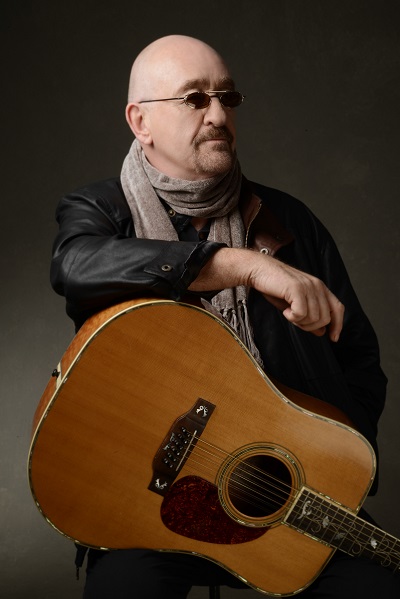 Tickets go on sale beginning at 10 a.m. Friday, Feb. 3, for an April 21 concert at Trine University by British singer/songwriter/guitarist Dave Mason, with a limited number of tickets available for the Dave Mason VIP Experience.

The concert will begin at 8 p.m. April 21 in the Ryan Concert Hall of the T. Furth Center for Performing Arts. Doors will open at 7 p.m.

Twenty tickets will be sold for the Experience, which will include a 20-to-30-minute meet and greet session with Mason beginning about 5:15 p.m. Those who take part in the VIP Experience also will receive an exclusive VIP laminated pass, a personalized autographed photo and their photo taken with Mason, a color 8x10 photo or official tour book, and an official Dave Mason merchandise item.

Tickets for the VIP Experience must be purchased at least 24 hours prior to the performance.

Mason was most recently one of the featured performers at the “Tribute to Joe Cocker / Mad Dogs and Englishmen” event, curated and organized by Derek Trucks and Susan Tedeschi (featuring the “Tedeschi Trucks Band” and former members of the original “Mad Dogs & Englishmen” tour), which was produced for and staged at the 2015 Lockn’ Music Festival, in Arrington, Virginia.

One of Mason’s most well-known songs is “Feelin’ Alright,” recorded by Traffic in 1968 and later by many other performers, including Joe Cocker, who had a major hit with the song in 1969. Mason also wrote “Hole In My Shoe,” which became a hit in its own right, for Traffic. “We Just Disagree,” his 1977 solo U.S. hit written by Jim Krueger, has become a U.S. radio playlist classic.

In 2004, Mason was inducted into the Rock and Roll Hall of Fame as a founding member of Traffic. He continues performing as a solo artist with sold-out tours around the world.