Munroe returns to Trine as vice president for alumni and development 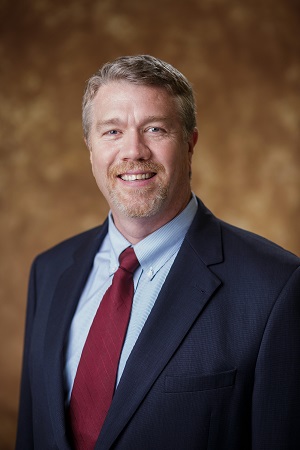 “Having been a part of the phenomenal growth of Trine University that began at the opening of the new millennium, it’s exciting to return and see the growth that has taken place on campus and to be a part of facilitating new developments as the university continues to grow and move forward,” Munroe said.

“We are excited to welcome Rick back to campus,” said Earl D. Brooks II, Ph.D., Trine University president. “His experience in fundraising for higher education and his familiarity with Trine University will be invaluable as we continue with the expanded Invest in Excellence Capital Campaign to fund building projects, student scholarships and the university endowment.”

“I look forward to working with Rick as we continue to build on Trine University’s success,” said Dr. Rick L. James, chair of the Trine University board of trustees and the Invest in Excellence campaign. “These are exciting times at Trine, and through the generous support of its alumni and friends, the university will continue to enhance and expand its programs and offer a quality education to the leaders of future generations.”

Munroe replaces Kent D. Stucky, who is retiring after a highly successful tenure as vice president for alumni and development since 2010. Munroe will begin at Trine on March 1.

Munroe most recently served as vice president for institutional advancement at Bethel College in Mishawaka, a position he held since 2014. At Bethel, he managed and led communications, public relations and fundraising for the college, and developed the strategic plan for its $25 million capital campaign.

Munroe earned the Certified Fundraising Executive (CFRE) designation in 2010, and holds an MBA from Thomas University and a Bachelor of Science in public affairs from Indiana University. A Fort Wayne native who graduated from Elmhurst High School, he also holds the rank of lieutenant in the U.S. Navy Reserve.

In September, Trine University announced it was expanding its Invest in Excellence Capital Campaign from $75 million to $125 million. The campaign already has raised more than $84 million, resulting in the completion of the Best Hall expansion, the T. Furth Center for Performing Arts, the Jim and Joan Bock Center for Innovation and Biomedical Engineering, Reiners Hall and the Ford Hall Renovation for the Ketner School of Business.

Future projects that will be supported in the expanded campaign include the new Thunder Ice Arena and MTI Center and an expansion of Fawick Hall, as well as $30 million raised for the Trine Fund for operations and annual scholarships and $20 million for the university endowment.