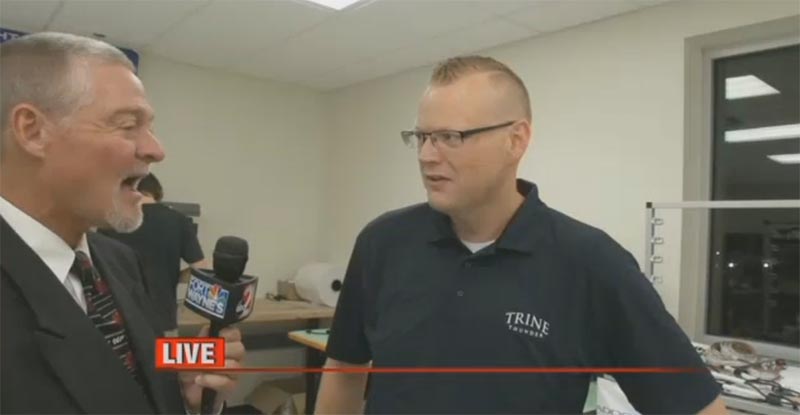 The Reaction Light Systems produced and developed at Trine University were recently featured in a live newscast on Fort Wayne's NBC.

Reporter Kent Hormann interviewed Jason Blume, executive director of Innovation One, about the systems, how they were developed and their use in swim meets. It was aired Monday, Aug. 7.

See the interview at http://www.fortwaynesnbc.com/story/36076835/new-technology-developed-at-trine-university-changing-swimming-competitions-around-the-world