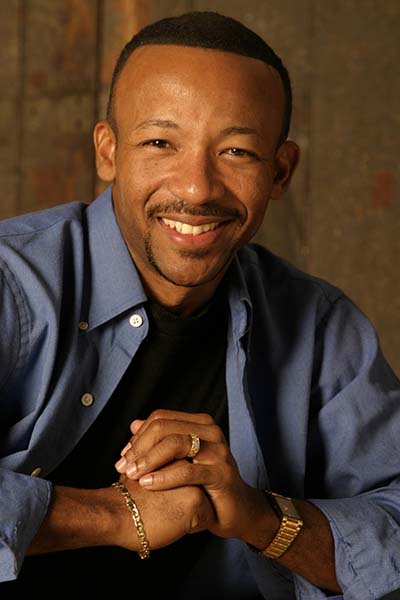 An internationally known educational speaker and consultant will be joined by choirs from Fort Wayne’s Pilgrim Baptist Church and Angola High School for Trine University’s 28th annual celebration of the life and legacy of Dr. Martin Luther King Jr. on Friday, Feb. 1.

Themed “The Power of Diversity and Inclusion,” the event will begin at 7 p.m. in Ryan Concert Hall of the T. Furth Center for Performing Arts, and will be free and open to the public. Refreshments will be served.

Keynote speaker for the event is Joe Martin, Ed.D. An award-winning speaker, university professor and author, Martin was the youngest tenure-earning faculty member ever hired to teach at a state university in Florida at age 24. He also was the youngest professor at his institution to be nominated twice for the “Distinguished Teacher’s Award.”

In addition, he has taught students at all levels in K-12, including Title I, alternative education and gifted students. As an educational speaker and consultant, he trains more than 45,000 teachers and administrators each year.

Martin has addressed more than 750 organizations, associations, businesses, colleges and universities, churches, and public school districts, helping hundreds of thousands of students and staff members across the country achieve more, live and serve more passionately, and maximize their leadership potential.

Outside of education, he has worked as a top sales trainer for a Fortune 500 company and as a public relations professional at both the state and federal government levels, including a position as communications director with the Florida Governor’s Office.

He currently hosts the #1-rated radio podcast on iTunes for Christian men, and has made guest television appearances on ABC, NBC, and TBN. He is the author of nine books and serves as a columnist for several national online publications.

He holds a B.A. in public relations and an M.A. in mass communication from the University of West Florida, and an Ed.D. in curriculum development from Florida A&M University.

Angola High School’s Vocal Point concert choir and Vocal Infinity show choir, under the direction of Erin Bean, will be part of the program for the second straight year. The combined choirs feature about 40 singers and perform different styles of music including vocal jazz, a cappella, traditional concert repertoire, show tunes and pop music. They perform in and around Angola for sporting events, seasonal concerts, community special events and music festival competitions.

The Pilgrim Baptist Church will celebrate the 100th anniversary of its founding in 2019. The church’s six choirs sing at worship services and special events throughout the year under the direction of Debra Faye Williams-Robbins, who has served as minister of music for nearly 20 years. With music ranging from classical anthems to modern-day gospel, Pilgrim choirs have performed with the Fort Wayne Philharmonic, the Heartland Chamber Chorale and many other guest artists and clinicians.