Fall Humanities Symposia closes with look at WWII in comics 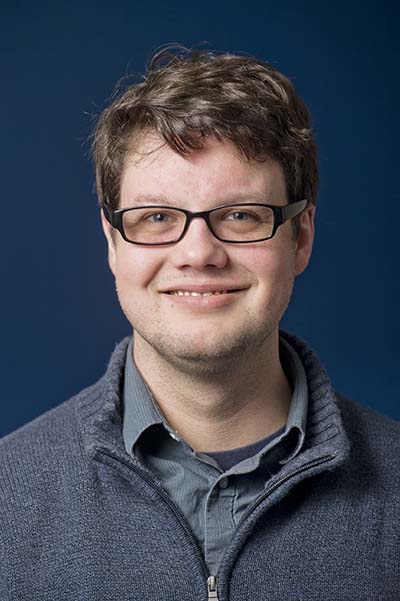 Trine University will close its Fall 2018 Humanities on Tuesday, Nov. 27, with a look at how the portrayal of World War II in comics has changed over time.

Patrick Ridout, assistant director of information services at Trine, will present, “What Would Captain America Do? World War II Through Comics” beginning at 3:30 p.m. in Wells Theater inside Taylor Hall. Presented by Trine’s Department of Humanities and Communication (HAC), the Humanities Symposia is free and open to the public.

The talk will focus on the shifting histories of comics as they depict World War II, the first global event reflected in the medium, and the cycle of change time has brought to the way comics address the event. Ridout said comics, facing censorship and the implementation of the Comics Code Authority, initially depicted World War II in a propagandistic fashion, cementing the war as an almost mythical event. As writers matured and the United States entered less clear-cut conflicts with gory details reported in other media, a second storyline developed.

“Today, we have two branches, one that treats World War II as the mythical ‘good against evil’ battle, and one that stays with common people experiencing loss and sadness due to the war,” he said.

Ridout said that though the two views stand in opposition to each other, “The different stories cause a more nuanced discussion, which makes for more interesting developments in how we tell stories about other topics.”

Humanities Symposia talks usually last about 30 minutes and are immediately followed by time for questions, which usually leads to a total time of one hour. Wells Theater seats 75 guests, so attendees are encouraged to arrive early if they have specific seating preferences.

The Humanities Symposia is a series of presentations and discussions that cover a wide range of topics related to the humanities. It was created as a university outlet for scholars and artists searching for a place to present their research outside of academic conferences. The Symposia allows them to share their research with Trine as well as the local community.

For more information about the Symposia, contact Jeanette Goddard, Ph.D., assistant professor in the Department of Humanities and Communication, at goddardj@trine.edu.