Drama Club amping up for ‘Undeniable’ 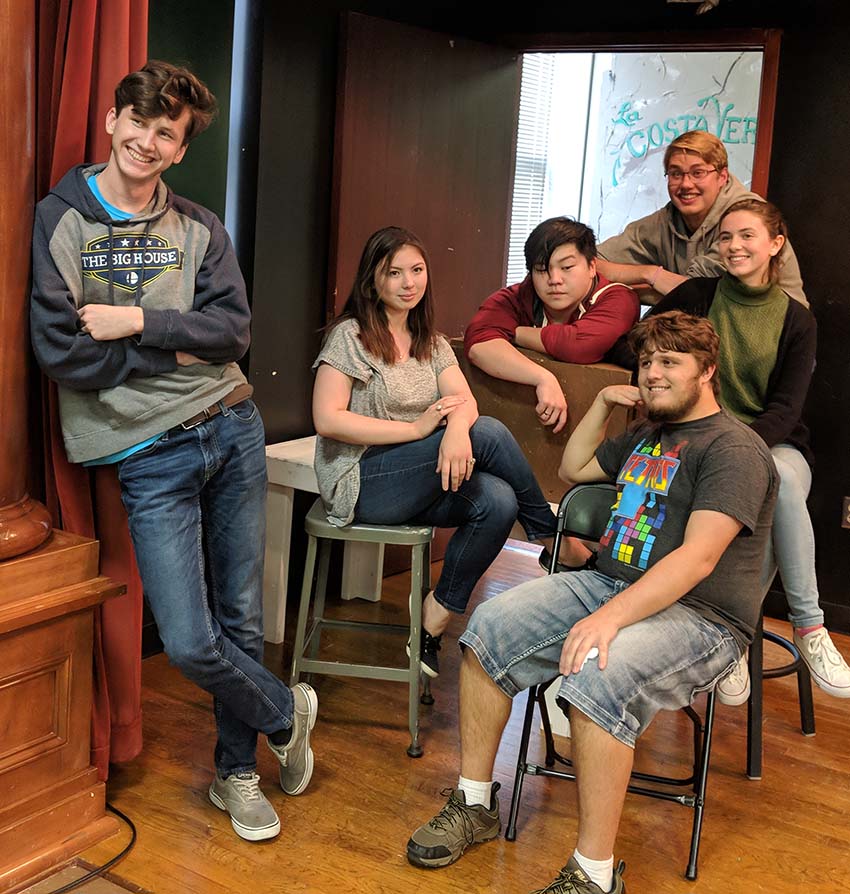 The cast of the upcoming Trine University Drama Club production of “The Undeniable Sound of Right Now”: front, from left, Logan Rose of Marysville, Michigan, as Toby; Nick Biegel of Hanna, Indiana, as Nash; middle, Kaitlyn Lee of San Diego, California, as Lena; Cyrus Colyer of Coldwater, Michigan, as Hank; Beatrice Snavely of North Manchester, Indiana, as Bette; and, back, Jonah Blanchard of Lyons, Ohio, as Joey.

The play will be performed at 7 p.m. Nov. 8-10 in Wells Theater inside Taylor Hall on the Trine University campus. Performances are free, with tickets available on a first-come, first-served basis. “The Undeniable Sound of Right Now” includes adult situations and language.

Set in 1992, the play focuses on Hank, longtime owner of a legendary Chicago bar that has launched the careers of many rock and alternative bands, as he struggles against the rise of DJs and house music. Caught in a seismic shift of pop culture and economic forces, Hank’s resistance to change is complicated by strains in his relationship with his daughter Lena, as both try to determine the best path to survival in an evolving music industry.