Pentagon officer from 9/11 to speak at Trine remembrance 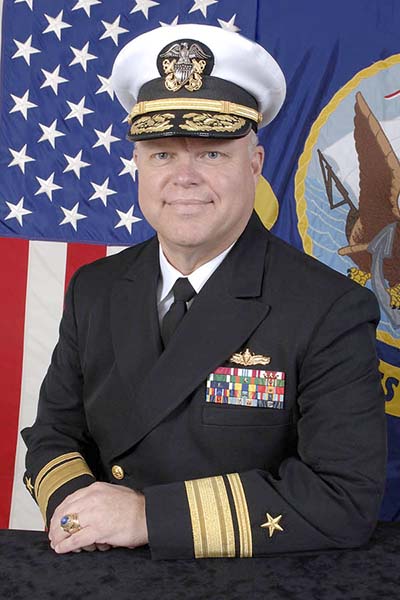 A retired rear admiral who was commanding officer of Navy Command Center Detachment 106 at the U.S. Pentagon on Sept. 11, 2001, will speak during Trine University’s Distinguished Speaker Series 9/11 Memorial on Wednesday, Sept. 11.

The event, beginning at 10 a.m. in the Ryan Concert Hall of the T. Furth Center for Performing Arts, is a remembrance of those who lost their lives in the 9/11 terrorist attacks. All Distinguished Speaker Series events are free and open to the public.

For those unable to attend, the event will be livestreamed on the Trine Broadcasting Network at livestream.com.

Rear Admiral Edward “Sonny” Masso (USN Ret.) was a captain when the Command Center took a direct hit from American Airlines Flight 77 just after 9:40 a.m. on 9/11. Thirty-four of the Command Center team were killed that day, including officers, sailors, government service professionals and contractors.  Other personnel lost their lives in the higher floors just above the Command Center after rescue efforts failed due to the explosive nature of the fire, smoke and destruction that ensued.

Masso will speak about the events of 9/11 from his personal experience, including the professional actions of the men and women of the Navy Command Center up to the moments leading up to the act of terrorism. Those in attendance also will learn of the aftermath, first responder roles, as well as how the Navy responded within 22 minutes of the attack by resuming operations, and continuing activities and missions that only moments before had been reduced to fire and rubble.

The son of an Estonian refugee, the San Clemente, California, native graduated from the University of Mississippi in 1977 and was commissioned an ensign through the NROTC program. While assigned aboard the USS Paul F. Foster (DD-964), he served as 1st Lieutenant, Navigator and ASW officer. Following his division officer tour, he was a Joint Chiefs of Staff intern and a junior officer assignment officer in the Bureau of Naval Personnel’s Surface Warfare Distribution Division.

During his tenure at Navy Personnel Command, Masso led Task Force Individual Augmentation, spearheading the Navy’s effort to source manpower requirements in support of operations Enduring Freedom and Iraqi Freedom and JTF Horn of Africa. He also was flag lead for the Human Resources community and was the Manpower, Personnel, Training and Education domain liaison to the Warfighter Enterprises.

Masso retired in October 2009 after more than 32 years of service in the active and reserve components of the Navy. His civilian career found him engaged in business development, strategic planning and operations analysis in the areas of Data Analytics, Missile Defense and Cyber Security programs, operating as a senior consultant with his company, Flagship Connection. He currently serves on the Board of Advisors of Blue Ridge Networks, a cybersecurity company in Chantilly, Virginia, as well as serving as a member of the Strategic and Technical Advisory Team for the Commander of the Missile Defense Agency, and as a Senior Fellow at the Potomac Institute for Policy Studies in Cyber Security.

In March 2019, he became executive director of the Naval Historical Foundation, located in the Historic Washington Navy Yard.