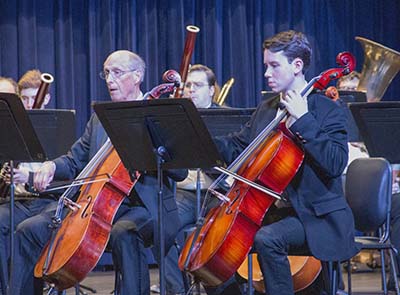 The Trine University Choir and the university’s Chamber Orchestra will present their annual Christmas concert in the Ryan Concert Hall of the T. Furth Center for Performing Arts beginning at 3:30 p.m. Dec. 8.

The concert is free and open to the public.

The choir will open the concert with:

The Chamber Orchestra will continue the program with:

The combined Chamber Orchestra and University Choir will then perform the medley “Christmas on Broadway,” arranged by John Higgins. The concert will close, as is tradition, with the performing groups and the audience joining for “Christmas Sing Along,” arranged by Bob Cerulli.