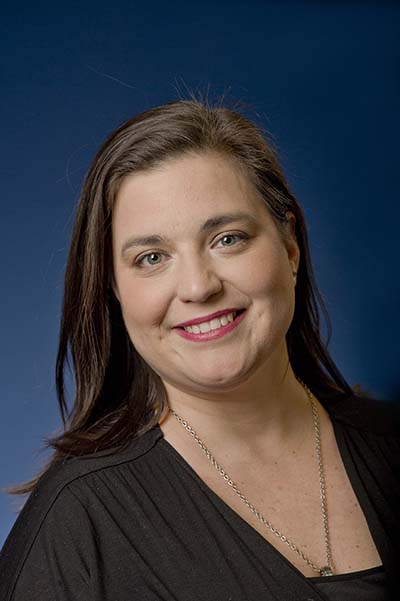 Trine University will hold several events on campus to observe Sexual Assault Awareness Month, culminating in the annual Take Back the Night rally and march on April 17.

This year’s Take Back the Night begins at 6:30 p.m. in Ryan Concert Hall of the T. Furth Center for Performing Arts with a presentation by JoHanna Greene, spokesperson for the Rape, Abuse & Incest National Network (RAINN), the nation’s largest anti-sexual violence organization.

A survivor of sexual abuse as a child and rape as an adult, Greene, a Fort Wayne native and resident, has used her traumas to advocate for others. In 2016, she became a national spokesperson for RAINN as part of her journey to speak up and out for victims.

Her message is twofold: She shares her personal experiences and what helped her to achieve a successful, active and happy life despite hardship; and she speaks to young men about the important role they play in believing and supporting victims as well as understanding consent.

Besides serving as a spokesperson for RAINN, Greene has a successful career in travel and is a self-published author as well as an upcoming TEDx speaker.

Trine University’s choir also will sing during the event.

At approximately 7:15 p.m., a march from the Furth Center to Monument Circle, or the “Mound,” in downtown Angola will unite the community against sexual assault, domestic violence and violence against women and children.

Men will once again have the opportunity to “Wear a Pair” of women’s shoes during the march in order to raise awareness. The purpose of men “wearing a pair” is for them to better understand and appreciate women’s experience, helping improve gender relationships and decreasing the potential for violence against women.

The men on the Trine campus also are wearing the shoes to show the community that men can be valuable influences and can work to stop violence against women.

In the event of inclement weather, the event will conclude with pizza, refreshments and conversation in the lower level of the Furth Center.

This exhibit presents replicas of clothes worn by survivors of sexual assault as described to local victim advocates and therapists. The survivors who participated in this project reflect the truth about people targeted by sexual predators. They are children, people with disabilities, and males and females of various ages, sizes and races.

Survivors of sexual assault are often asked, “What were you wearing when you were attacked?” This question implies their clothes provoked the assault, reflects the faulty reasoning that the victim is to blame and excuses their attacker. “What Were You Wearing?” has been displayed on multiple campuses in the Midwest since 2013, gaining notoriety in 2017 at the University of Kansas.

Starting April 10, Trine University Greek organizations will provide information to students and the community in the University Center building during lunch times. Students will have the opportunity to pledge to end sexual assault and obtain a free teal Sexual Assault Awareness Ribbon to wear, showing support for this cause.

All events are free and open to the public.