‘Underwater Bubble Show’ to delight children of all ages at Trine

Inspired by childhood standards like Alice in Wonderland, The Little Mermaid and Peter Pan, “The Underwater Bubble Show” is a modern fairy tale with one major twist.

“Each classic tale represents a journey of a kid who grows up and learns something,” explains co-creator and director Enrico Pezzoli. “We wanted a story about an adult character who discovers that he can still go back and enjoy life. We don’t always need to grow up. Sometimes we need to step backwards for a bit and restart.”

The show follows Mr. B, a creature of modern habits who “always feels pressed by a thousand things to do in a world that seems to be moving too fast.” The office worker discovers a little aquarium that appears like magic inside his briefcase and gradually becomes enchanted by the wondrous underwater world of Bubblelandia, which is full of seahorses, dragon fish, starfish, mermaids and other creatures.

“Mr. B represents each of us,” Pezzoli notes. “His transformation is a journey each of us could take ‘if only.’ Everyone dreams about the possibilities of taking a break to sit, relax and simply daydream.”

Taking cues from Cirque du Soleil, the visually spectacular show incorporates the latest in stage technology. Lasers, low ground smoke and flying foam simulate waves and the underwater atmosphere. A juggler in a huge plastic ball immediately attracts Mr. B and the audience into Bubblelandia‘s wondrous world, while dancers and acrobats serve as small colorful fish chasing Mr. B and each other inside the aquarium.

The main character is played by a skillful actor/mime exaggerating his gradual transformation from stressed-out modernity to blissed-out wonder. However, the show’s biggest attraction is its spectacular use of soap bubbles in multiple artistic ways.

Creators Pezzoli and bubble artist/spouse Dace Pecoli have toured the world as a duo act for nearly 20 years working with the form, including a performance at the Sochi Olympics.

“l have directed other big performances in the past, but this is our first independent big production,” Pezzoli explains. “The show is for everyone. Many people only relate it to kids, but everyone loves bubbles. After performing in so many countries around the world, we have seen adults enjoying the show as much as kids, sometimes with even bigger reactions.”

Developed over two years, the Bubbielandia journey debuted in October 2011 with a pair of shows in Italy that drew more than 5,000 spectators. It has since toured major theaters across Switzerland, Kaliningrad, lndonesia, Russia, Lebanon, the UK, the UAE and the United States, where it sold out nearly two-thirds of its performances over a two-month tour in 2016.

”Our main goal was to produce a show that could tour the world without any barriers, especially language,” Pezzoli explains. “We involved many elements of theater that could work without speech, like mime, puppets, physical comedy and sand painting, while adding visual special effects. Even in parts of the world where the culture may be different from our own, the result is always the same, with everyone cheering and applauding.” 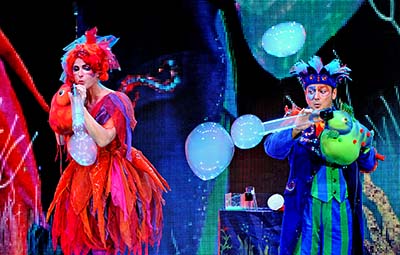 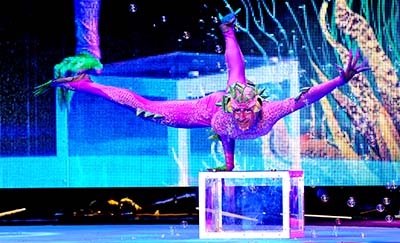 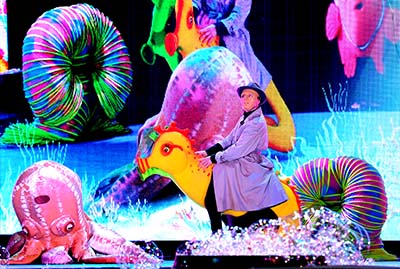 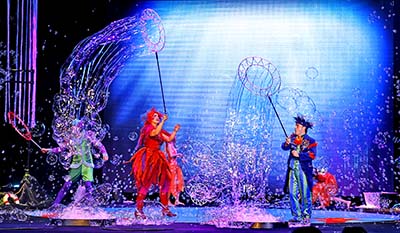 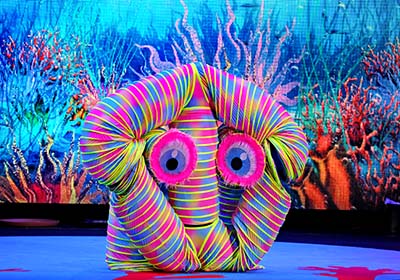 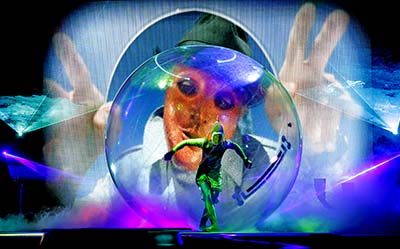 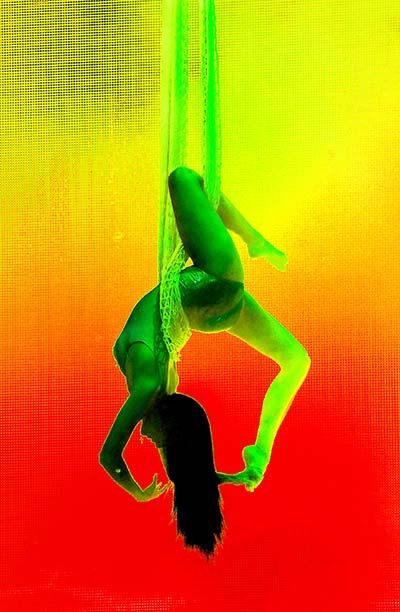