Trine Theatre announces cast, crew for ‘You Can’t Take It With You’ 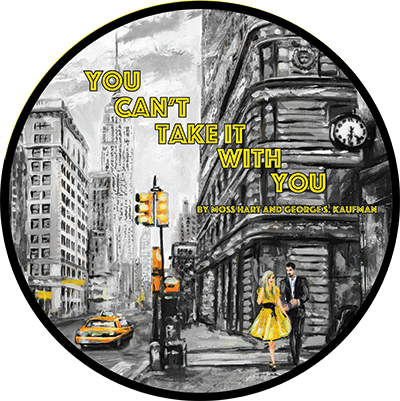 The Theatre Department at Trine University has announced the cast and crew for its fall 2021 play, “You Can't Take It With You.”

Tickets are available at the door or in advance at trineutickets.universitytickets.com. Prices are $8 general admission, $5 for non-Trine students and free for Trine faculty, staff and students.

A madcap, idealistic comedy that reinforces the idea that you can only live life to the fullest by doing whatever makes you happy, “You Can’t Take It With You” tells the story of G’pa Vanderhof and his wacky family, the Sycamores, who have been happily living their zany lives in his New York house for many years. When practical young Alice Sycamore becomes engaged to her company’s vice president, Tony Kirby, the clan must straighten up to meet the new in-laws.

Cast members are as follows:

The play is performed in partnership with Dramatists Play Service.