A gift with languages 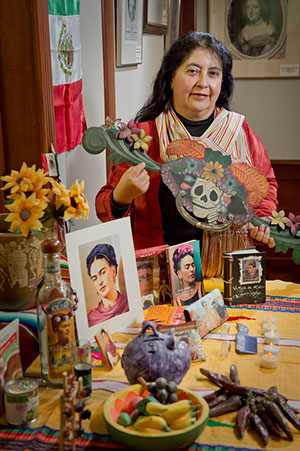 Traveler with a focus on Spanish and ESL studies.

Ana Boman is a lecturer in the humanities and communication department. She has been teaching courses in English as a second language and Spanish language at Trine for undergraduate students and College of Graduate and Professional Studies students since 2009. She is currently pursuing a doctorate in Spanish linguistics with a focus on the impact of technology in Spanish language learning. In recent years, she has presented research projects in the area of second language acquisition at national and international conferences.

Boman was born and raised in Mexico City, Mexico, and one of her favorite hobbies is traveling around the world with her husband. She thinks learning another language, particularly the Spanish language, is important because it provides exposure to different cultures and broadens awareness of others both culturally and academically.