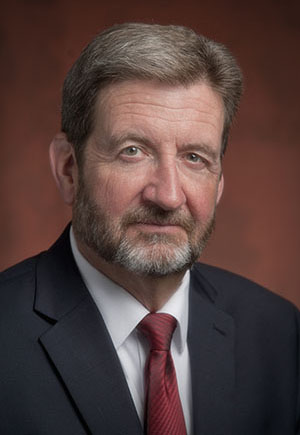 I am originally from Michigan, and received a Bachelor of Science degree in criminal justice from Michigan State University in 1974. I served four years as a deputy sheriff on the Grand Traverse County Sheriff Department from 1974 until I entered law school in 1978 at Cooley Law School in Lansing, Mich. I received my Juris Doctor degree in 1981 and moved to Angola, Ind., that year. I worked for several years as the public defender of Steuben County until accepting a position in 1987 as chief deputy prosecuting attorney. I continued to serve in that capacity under two different prosecutors until 2010 when I was elected prosecuting attorney for the 85th Judicial Circuit. I retired from that elected position in July 2014 to teach at Trine University.

My hobbies include motorcycling and camping. I belong to several motorcycle organizations, including the Indiana Blue Knights, a law enforcement-based club.