Many say "the third time's a charm," but for Travis Haynes, the second time was the ticket when he visited Trine University.

"When I first visited Trine, I was still weighing my options. The second time around, it was 'Yes, Trine definitely'," he said. "The scholarship was another yes, reinforcing that Trine is definitely where I need to go." 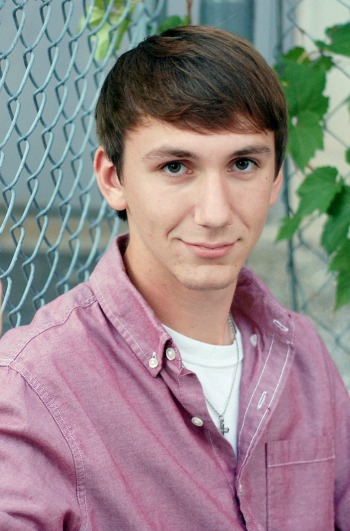 Travis, of West Unity, Ohio, said he aspires to be a mechanical engineer and knows Trine has an outstanding engineering program and strong academics. Those reasons put Trine on his list and he was swayed during his second visit to the campus when he "got a feel for the campus" and observed things he had not noticed during his first visit. And, he liked what students had to say about the university and was excited to learn about Campus Christian House.

The scholarship he mentioned is Trine's biggest, the Bateman Kolb Full-Tuition Scholarship.

"We are pleased to have such a high-caliber student as Travis joining us at Trine," said Earl D. Brooks II, Ph.D., Trine president. "His academic achievement and great potential for future success are evident and among the reasons why he is our Bateman Kolb scholar for fall 2014."

"I had to listen to the message twice to get it because I remembered the full-tuition scholarship being called the Bateman Kolb. Hearing that in the message, it was like, 'Wait a minute, where's that paper? I need to check it'," he said.

"My mom was in tears. It is definitely a really cool thing to think wow, they only give out one and I was the pick," he said, adding that his parents, Bruce and Cindy Haynes, are very happy about the scholarship.

Travis won the award based on his academic credentials and participation in Trine's Scholarship Day program, which includes an essay and interviews with Trine faculty. That day marked his second visit to Trine.

"I wasn't really sure how I might stack up against other students who were there," he said. "I thought there is a chance I might get a scholarship; there's always that glimmer of hope."

Based on his high school achievements, Travis had good reason to harbor hope. He's one of three valedictorians for the 2014 graduating class at Hilltop High School, been on the honor roll "as long as he can remember," is a member of National Honor Society and was named a scholar athlete by the Buckeye Border Conference for the fall 2013 athletic season.

This academic year he's been taking college classes at Northwest State Community College and has been named on the dean's list.

Since junior high, he has won many awards for academic success. He was the recipient for class awards in English, advanced math, sociology, psychology and physics, along with Quiz Bowl and National Honor Society.

A couple of months ago, he became an Eagle Scout, and his extracurricular activities include golf for six years, playing trombone in the concert band since fifth grade and in marching band during high school, and participating in his school's musicals. He hopes to continue performing in Trine's pep band and on the stage with Trine's Drama Club.

He plans to pursue a couple of other activities at Trine, too. "I most definitely will take advantage of free movie Mondays and free pancakes on Fridays at the Campus Christian House," he said.

"Campus Christian House is one of the very appealing aspects of Trine. I only went and visited two other colleges. I know most colleges do have a chapel or something on campus, but it's not very well presented. At Trine, it was 'We have this' and representatives told more about it; it's not just mentioned in passing."

As Bateman Kolb scholar, Travis will live in Moyer Apartments with other honor students. However, the possibility of eventually living at Campus Christian House intrigues Travis.

As a Bateman Kolb Scholar, he is among a select group of freshmen who are eligible to live in the Moyer Apartments. Moyer provides apartment-style living for privacy and quiet study, along with a central living area for group study and entertainment, ample parking spaces in close proximity and is located within walking distance from all academic buildings, athletic facilities and the Rick L. and Vicki L. James University Center.