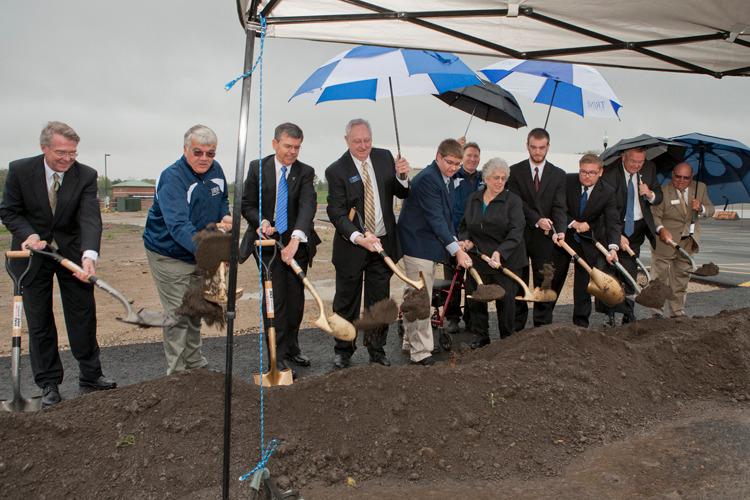 A ceremony late this morning (Friday, Oct. 4) celebrated the groundbreaking for the Larry and Judy Reiners Residence Hall on the campus of Trine University.

“It’s a special time to have you on our campus,” Earl D. Brooks II, Ph.D., Trine president, told those at the ceremony. Enrollment growth brings the need for a new residence hall and “we are here to recognize those who have helped that happen.”

Reiners Residence Hall, expected to be completed in fall 2015, is named for Larry Reiners, a Trine University trustee and alumnus, and his wife, Judy. The 170-bed, apartment-style residence hall will feature two-bedroom units with private baths, air conditioning and a common living space and kitchen.

The Reiners Department of Civil and Environmental Engineering is also named in their honor.