Students gathered on the north lawn of Best Hall to Take Back the Night and enjoy food, refreshments and games. Multiple stude 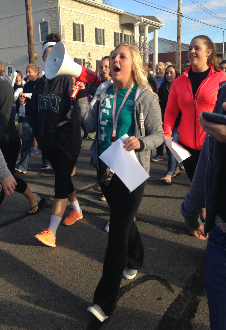 nt organizations, along with the Office of Student Services and the Community Anti-Violence Association, came together to make the night a success.

Mayor Richard Hickman, while unable to attend, sent his support to those in attendance.

“Mayor Hickman has two daughters, a wife and three granddaughters who mean the world to him. He cannot imagine what it would be like if any of them were to be attacked and injured emotionally and physically. He is extremely proud of the effort by the students of Trine University to do everything possible to stop attacks on children and women,” a student speaker said on his behalf.

The night concluded with a moment of silence, followed by a march to Monument Circle. Students led chants that spoke out against violence and a number of male students took a walk in women’s shoes by wearing heels during the march.

To learn more about Trine University's Take Back the Night, contact Megan Cook, director of counseling services, at 665.4172 or cookm@trine.edu. 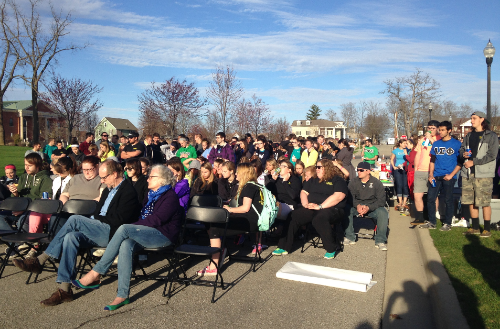