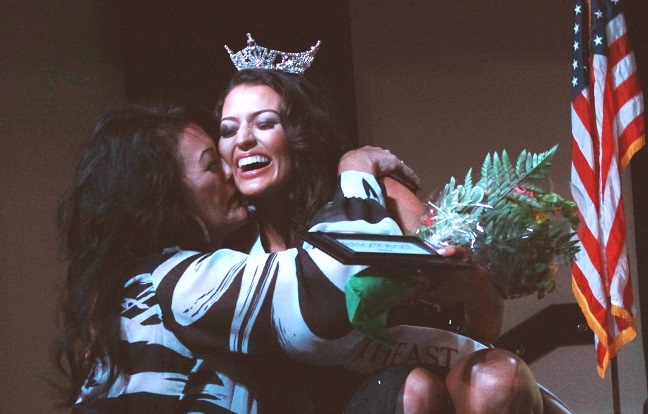 Trine University student Alexandra “Daisy” Dallas of Angola gets a congratulatory hug from her mother, Tricia Dallas, after being crowned the winner of the Miss Northeast Scholarship Pageant on Saturday in the T. Furth Center for Performing Arts. It was the first time the pageant had been held in Angola.

As a result of winning the pageant, Dallas, 19, will compete in the Miss Indiana Scholarship Pageant in June 2017. She will be a sophomore this fall majoring in biomedical engineering, and her platform is focused on STEM — science, technology, engineering and mathematics.

Photo courtesy of The Herald Republican