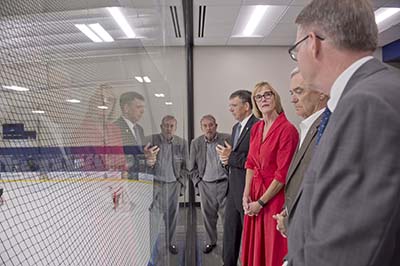 Lt. Gov. Suzanne Crouch toured Trine University’s main campus Wednesday, Sept. 13, as part of a visit to the Angola area. While on campus, she visited the university’s new Thunder Ice Arena and got a preview of the new MTI Center, which will open in January.