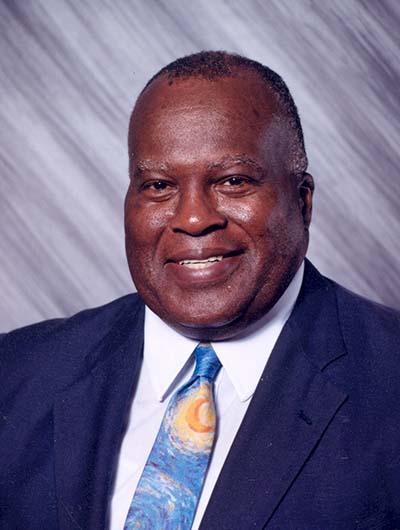 Trine University is mourning the death of alumnus and trustee John N. Hester, Ph.D., on Nov. 30.

John Hester was born Dec. 1, 1930, to the late John and Ethel Hester, in Washington, D.C., where he and his sister Vivian (now deceased) attended public schools. Later he attended Howard University. He played football, baseball and tennis and ran track in high school and college. He served in the U.S. Army during the Korean War as an infantry unit commander with the rank of captain.

John married Mitsue Hisanaga in 1954 and they had one son, Victor.

He worked for nine years in the aerospace industry as an engineering analysis manager at the Aerojet General Corporation. Later, he was General Manager of the Alternative Energy Corporation and Vice President for Technology at the Clean Custom Fuels Corporation. He was co-inventor of the thermolysis process for the conversion of carbon-based wastes into energy.

He developed and introduced the use of design problems and computer problems in thermal science courses. In addition, he served as a reviewer for several publishing companies on their introductory and intermediate thermodynamics texts. He developed the course content and team taught several interdisciplinary courses, including the creation of instructional materials in group dynamics, simulation games, multimedia and small group, and experimentation and adaptation of new teaching methods and techniques. He published a number of journal articles and essays for general publication and one book - Acceptance. Also, he was a member of the faculty of the Individual Learning Program, an interdisciplinary project, serving as director in its second year. Dr. Hester received the Outstanding Faculty Award in 1987.

He was a television producer for 24 years, receiving awards for hosting and producing six public service television series and three specials. He was a member of the board of directors of Women Escaping a Violent Environment (WEAVE) for 17 years, serving as president for three terms, and he served on a number of other community boards, including the California Center for Civic Renewal. Dr. Hester was the recipient of the 1995 Violence Free Community Award and the 1998 Sacramento Angel Award as the Outstanding Non-Profit Board Member.

Dr. Hester received the 1999 Outstanding Achievement Award from Trine University and was elected to the Board of Trustees in 2000, where he previously served as the Chair of the Committee on Trustees and Chair of the Academic Affairs Committee.

Dr. Hester is survived by his son Victor and a number of cousins, nieces and nephews.

"We have lost a friend, alumnus and faithful trustee," said Earl D. Brooks II, Ph.D., Trine University president. "We are indebted and forever grateful for the loyalty and friendship that Dr. Hester devoted to Trine University, our students, alumni and employees."

At this time, the family has indicated plans for a celebration of life ceremony to take place next spring in Sacramento, Calif.