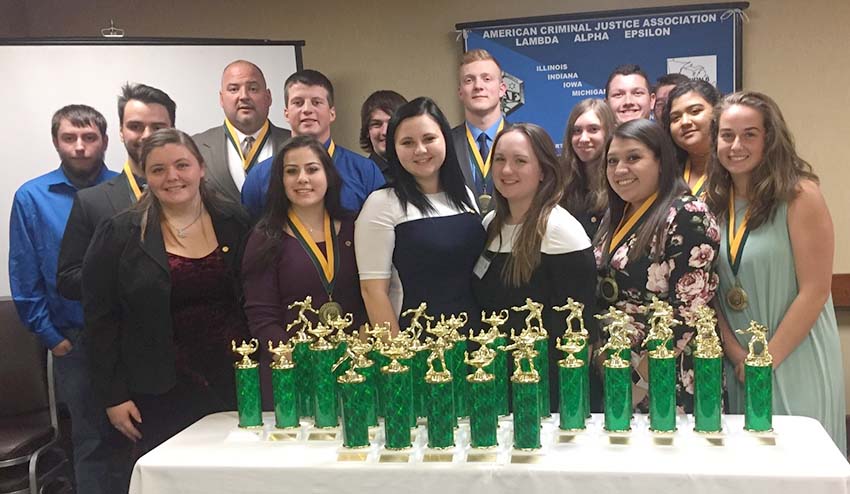 The Trine chapter co-hosted the conference Oct. 18-20 in Gurnee, Illinois, along with a chapter out of Minnesota.  Students and faculty competed against four other chapters/colleges from throughout the Midwest in four categories: written examinations, handgun competition, crime scene investigation and physical agility.

“This year, we had a total of 15 students attend the conference. Of those, 10 were first-time attendees and had just joined ACJA this semester,” said Cisco Ortiz, chair of Trine’s Department of Criminal Justice. “To prepare for the various competitions, these students had to work hard over the past couple of months strengthening their academic knowledge, shooting skills and physical training.”

Ortiz said the Trine chapter had not planned to host this year’s event after hosting last year, but stepped in when the scheduled chapter had to withdraw at the last minute.

“The TAO members joined the Beta Sigma Omega Lambda members from Minnesota and collaborated on the efforts needed to ensure the conference would still be held,” he said. “A neutral location was established and each chapter split the responsibilities of planning and coordinating.”

“Crime scene investigation is a favorite event of the TAO members, and they agreed to facilitate that event this year,” Ortiz said. “Unfortunately, that meant the TAO members were not eligible to compete in the CSI event. However, they put together a very challenging event that was highly regarded by the participating chapters.”

Ortiz, a 1999 Trine graduate and one of the chapter’s faculty advisors, along with criminal justice professor and co-advisor Mike Hess, competed in the professional division, while the students participated in the lower and upper divisions based on their academic year in school. Hess wrote the four examinations taken by the attending students and advisors.

Trine’s team members won 15 academic awards for testing in the knowledge areas of criminal law, corrections, juvenile justice, police management and the history of ACJA— Lambda Alpha Epsilon, and 14 awards in the three other competitions. Awards were as follows: 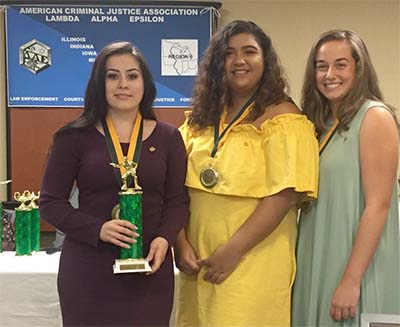 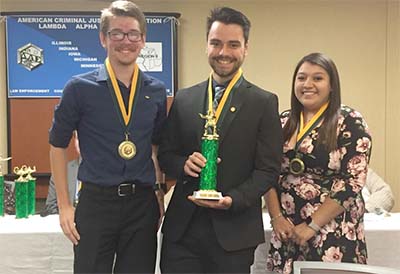 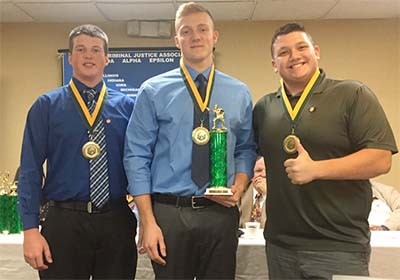 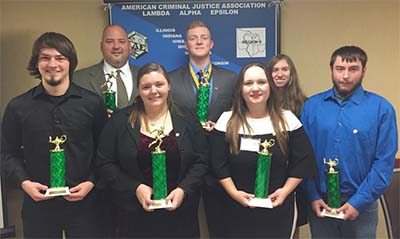 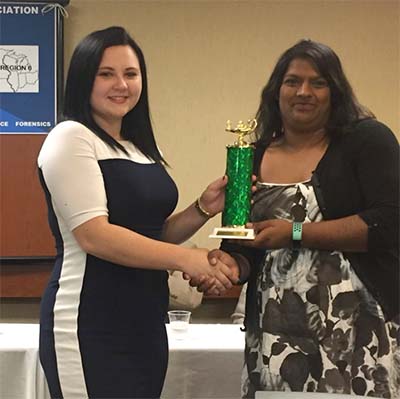