They found poetry in bumper stickers, made art from garbage, played with Barbie dolls to learn about gender roles and made their case for the Greatest Athlete Ever.

They also competed for bragging rights and the coveted HAC Cup.

About 170 students from Angola, Fremont and Westview high schools came to the Trine University campus Oct. 16 to participate in the fifth annual Trine HAC Cup.

Hosted by the university’s Department of Humanities and Communication (HAC), the event tests students over topics such as art history, current events, literature and video games, with top students in each category winning $500 Trine University scholarships and the top school overall declared the HAC Cup winner.

“The HAC Cup not only gives students exposure to a college campus, but, we hope, helps them develop an appreciation for the humanities and the ability to see the role humanities play in much of what we see, hear and experience,” said Jeanette Goddard, Ph.D., chair of Trine’s Department of Humanities and Communication.

Joyce Dirig, an English teacher from Fremont High School, said the juniors and seniors she brought enjoy taking part in a competition that tests academics rather than sports ability.

“They like looking at things they don’t normally examine, like getting to answer questions about video games and topics we don’t necessarily cover at school,” she said. “I’m happy that Trine does this. We really enjoy it every year.”

Angola High School was honored as the 2018 HAC Cup winner at the end of the day. Students who placed individually were as follows:

Photo: Angola High School students pose with the HAC Cup at the conclusion of the fifth annual event. (Photo by Dean Orewiler. Photos at right by Lacie Piekarski) 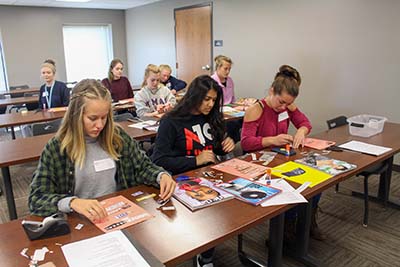 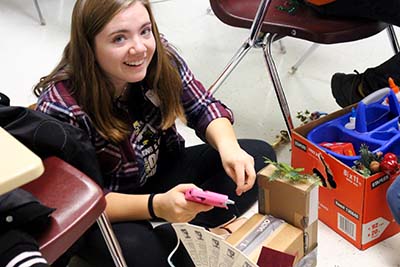