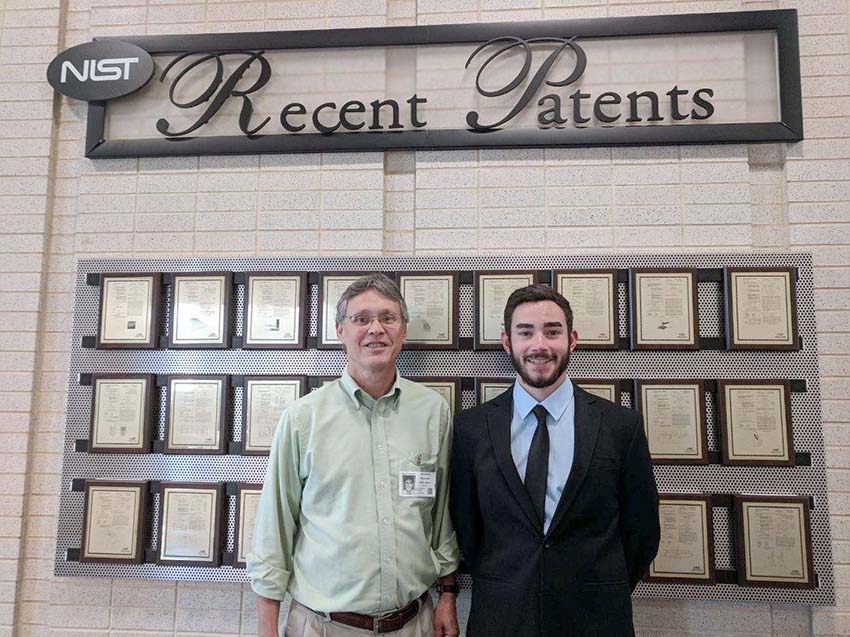 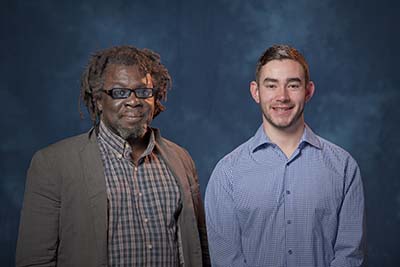 Alex Lewis decided to pursue a research fellowship because he was thinking about going into research.

By the end of his summer, he knew he definitely wanted to continue on to graduate school and conduct research.

Lewis, a Trine University senior from Wintersville, Ohio, majoring in electrical engineering, was one of 200 students who participated in the Summer Undergraduate Research Fellowship (SURF) hosted by the National Institute of Standards and Technology (NIST) in Gaithersburg, Maryland.

Designed to inspire undergraduate students to pursue careers in STEM (science, technology, engineering, and mathematics), the SURF program has provided research experiences for students since 1993 at NIST, one of the oldest physical science laboratories in the United States.

Lewis heard about the internship from Godfred Yamoah, Ph.D., assistant professor of mathematics and physics.

“He sent an email at the beginning of last semester about the internship and to talk to him if anyone was interested,” Lewis said. “Being research-based, I figured the internship would be a great opportunity.”

Universities submit applications for SURF rather than the students themselves, so Yamoah coordinated the process.

“Dr. Yamoah became the communication between me, the school, and NIST,” Lewis said. “He assisted me with the required documents I needed for the application. He also wrote a recommendation statement for everyone who applied from Trine.”

Lewis worked with three full-time NIST researchers and an international graduate student in the Systems Integration Division of NIST’s Engineering Lab. The division creates standards for the manufacturing industry, and Lewis worked on a project to create a way to represent process information for all types of manufacturing: discrete, batch, and continuous.

“My job was to research an ontology previously created by NIST in the 1990s called Process Specification Language (PSL),” he said. “Ontology is a formal representation of a set of concepts within a domain and the relationships between those concepts. Basically, it is an in-depth flow chart.”

Lewis said he mostly worked independently with the assistance of his mentor. He researched the basis of PSL, which was originally created to represent process information for discrete manufacturing, to see if it could be used for batch and continuous manufacturing.

“I took a process plan for discrete manufacturing and modeled it using PSL,” he said. “I then took a continuous process plan and attempted to model it in PSL in a similar fashion to the way I modeled the discrete plan. In doing this, I noticed some issues in PSL and its inability to properly represent the process plan.”

In addition to conducting research, Lewis participated in weekly seminars for the SURF program members on topics in science and engineering. The fellows also had the opportunity to tour Capitol Hill and meet Senators from their home states.

At the end of the experience, each participant gave a 15-minute presentation about the work they did in front of many of the full-time researchers, other interns, and directors of NIST.

Lewis said he is still in contact with his mentor from the program, and is currently working with him to publish a paper on his research and findings from the summer. He plans to eventually earn a graduate degree in electrical engineering and, once he earns his Ph.D., conduct research in the private sector.

“Being able to actually conduct research and experience the environment at a large government research facility was very exciting for me,” he said. “I was able to understand how much research, such as this, can impact the world. I would love to be at the forefront of my field conducting research that can shape the future.”

Photos: Top, Alex Lewis, right, and his father, Wayne, stand in front of the Wall of Patents at the National Institute of Standards and Technology. Lewis' parents attended his final presentation following his Summer Undergraduate Research Fellowship. Above, right: Godfred Yamoah, Ph.D., assistant professor of mathematics and physics, left, and Alex Lewis.