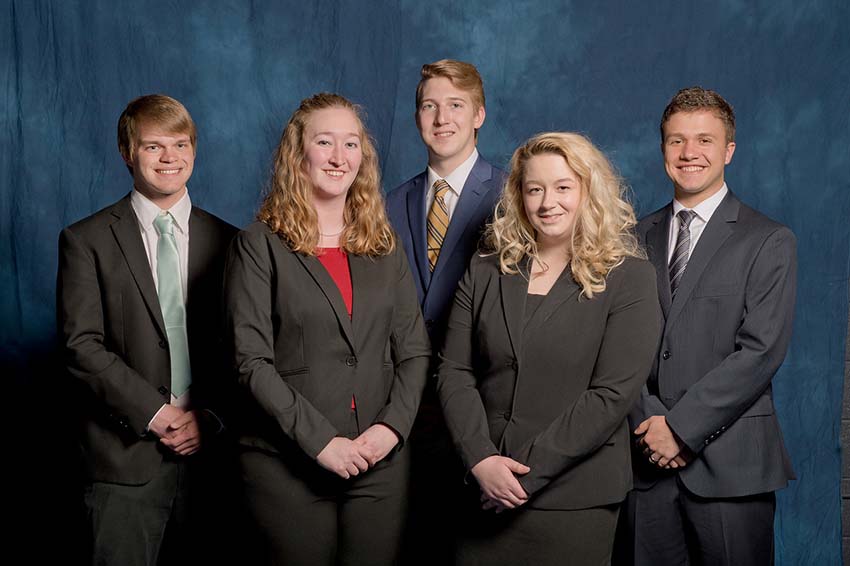 Five Trine University senior business students scored in the 90th percentile or higher out of nearly 32,000 students nationwide on a national assessment test, the highest number of Trine students to perform at that level over a school year.

The tests were administered beginning Sept. 16 and continue through June 18.

According to the Educational Testing Service, Major Field Tests are designed to measure the knowledge and understanding obtained by students in a major field of study. The tests assess mastery of concepts, principles and knowledge expected of students who have completed or are nearing completion of a specific program of study. They evaluate students' abilities to analyze and solve problems, understand relationships and interpret written and visual material.

Each test is developed by a national panel of subject matter experts.