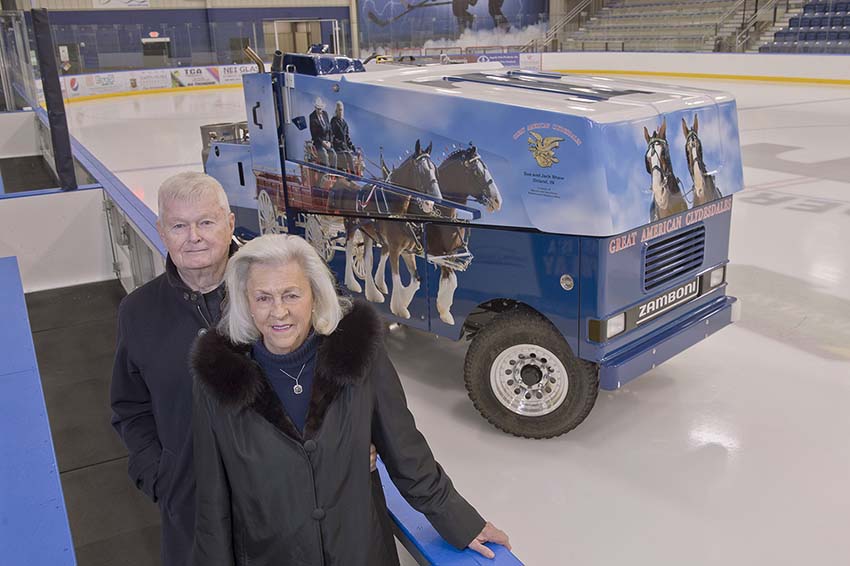 The Zamboni in the Thunder Ice Arena is sporting a new look in honor of a generous gift and sponsorship by Trine University trustee Jack Shaw and his wife, Sue.

A message honoring Marvin and Vera Shaw, parents of Jack Shaw, and Albertus and Gladys Collins, parents of Sue Shaw, is also included on the vehicle.

Jack Shaw is currently vice chairman of the Trine University Board of Trustees, where he also leads the executive committee. He and Sue live in Coldwater, Michigan.

Sue Shaw served as a member of Trine’s Scholarship Gala Committee, and the couple have financially supported many projects at Trine, including the Trine Fund, athletic programs, the Parkview/Sport One softball stadium, Books and Beyond Scholarship program, the Gala and Trine’s golf outings. The university’s press box was named in honor of the couple’s continuous support of the university in 2011.