The event is a qualifier for the TEAMS national competition, to be held during the national Technology Student Association (TSA) conference June 22-26 in Atlanta, Georgia.

During the two parts of the contest conducted at Trine, the teams, consisting of four to eight students, completed a multiple-choice test and a design/build challenge, where they worked on and tested their solution to an assigned project. A third portion of the competition was conducted at the schools.

The theme for this year’s TEAMS competitions is “Engineering a Greener World.”

The Trine event awards travelling trophies to the teams with the highest scores on the multiple-choice test in Divisions I (11th- and 12th-grade teams) and II (ninth- and 10th-grade teams).

The TEAMS competition is hosted by Trine University’s McKetta Department of Chemical and Bioprocess Engineering.

Top photo: From left, Olivia Venditti, Gabby Heywood and Sydney Domal, members of a team from Penn High School, work on the design/build portion of the TEAMS competition hosted by Trine University. Photo by Dean Orewiler 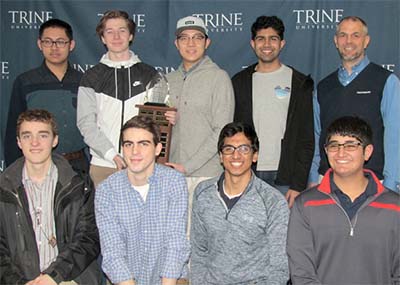 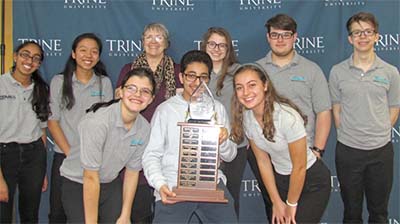 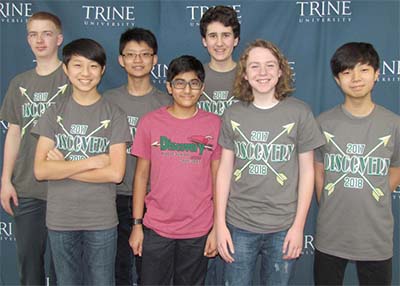