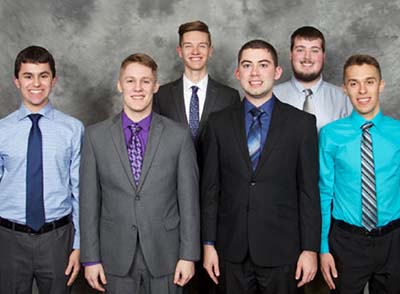 Receiving the honor were:

The students were awarded with scholarships at the APAI Hall of Fame Induction Ceremony and Scholarship Awards Banquet on Dec. 20 in Indianapolis. Scholarships ranged in amounts from $1,500 to $3,000.

Scholarships are awarded by the APAI Scholarship Committee to students studying construction management, civil engineering and construction engineering and management at five nationally accredited Indiana universities, including Trine. Students must complete an in-person interview with members of the Scholarship Committee to receive an award. The total amount of scholarships awarded in 2018 by the association totaled more than $52,000 to deserving young men and women who are United States citizens, in anticipation that many recipients will remain in Indiana and seek employment opportunities with APAI's member contractors.