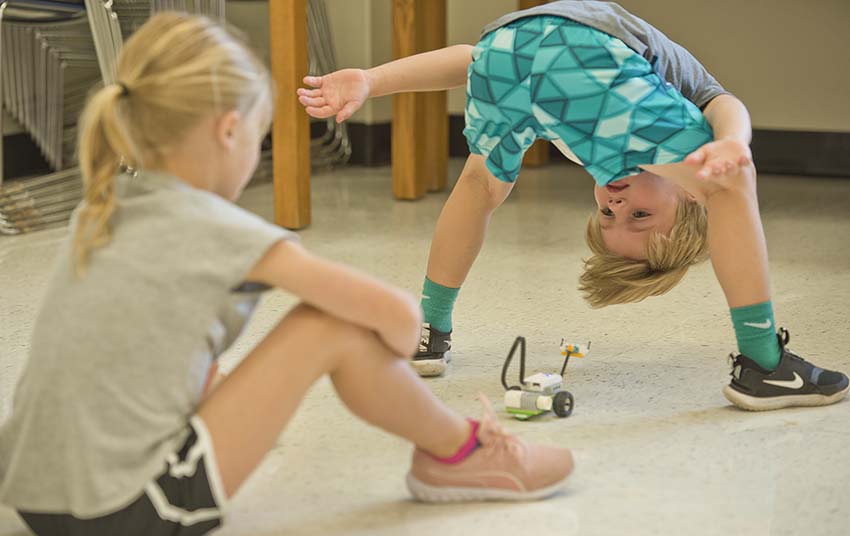 Anthony Casaburo, 6, son of Tom and Amber Casaburo of Huntertown, Indiana, and grandson of Jody Greer, vice president for finance at Trine University, takes an upside-down look at a “WeDo” LEGO robot during a Practice Camp held for LEGO Robotics Camps on the Trine campus Friday, May 31. For the second year, the university hosted the one-day practice to allow interns from the Franks School of Education to practice and test their curriculum with actual youth — from families of Trine faculty and staff — prior to the launch of camps around the region.

Foundation and corporate sponsorships from the Stueben County Community Foundation, Rich & Laura Clifton Fund, Danny & Bill Fund, Education One, Tempus Technology and Bosch allowed Trine to acquire the “WeDo” kits, which are designed to build STEM skills in younger children and allowed Trine to offer camps for those ages.

The university will begin its LEGO Robotics Camps next week in Coldwater, Michigan.