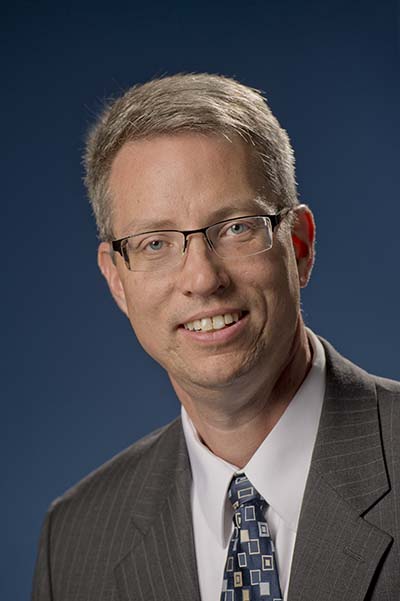 A Trine University faculty member co-authored a paper that was included in a recent publication covering the design of concrete structural elements to withstand torsion.

Gary Greene, Jr., Ph.D., associate professor in Trine University’s Reiners Department of Civil and Environmental Engineering, co-authored “Design of a Grade Beam to Resist Torsion due to Wind Loading on CMU Wall” with Mark Hartmann, a practicing design engineer based in Fort Worth, Texas.

The paper is one of 11 design examples that make up Special Publication (SP) 344, titled, “Examples for the Design of Reinforced and Prestressed Concrete Members Under Torsion.” The American Concrete Institute (ACI) released the publication in October.

“Design of reinforced concrete structures for torsion is not typically taught at the undergraduate level, so design engineers rely on references such as ACI SP-344 to give them guidance on how to design such structures,” Greene said.

Greene and Hartmann’s paper provides a design example of wind loading on a concrete masonry unit (CMU) wall. The CMU wall is supported by a reinforced concrete-grade beam that experiences the combined actions of torsional moment, bi-axial bending moment and bi-axial shear force.

Greene said the paper grew out of a 2013 report titled “Report on Torsion in Structural Concrete” produced by the ACI subcommittee on Torsion. Greene was one of the lead authors of that report, and currently co-chairs the subcommittee.

“This report summarized the state-of-the-art in research on the behavior, predictive equations and design equations for building loads that include torsional moments,” Greene said. “The technical review board at ACI liked the document, but asked the subcommittee to develop another document providing realistic examples to help designers with how to design for torsion in building structures.”

During the Fall 2020 ACI Convention, held virtually in October, the subcommittee hosted two sessions to present the papers in SP-344. Greene co-moderated the sessions and presented his paper at the session.

Greene also served as one of the three editors of SP-344.

The publication is available for purchase on the ACI website.