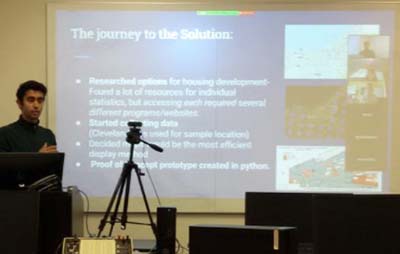 Space Apps is held annually at locations around the world, inviting members of the public from diverse backgrounds to work together to solve important challenges related to NASA’s mission. Teams this year could choose from 28 challenges.

The team that worked on the “Drones and Satellites for Urban Development” challenge won the first-place award for Global Impact at the Cleveland, Ohio, location. That group’s project will compete with projects from other locations in additional rounds of judging.

The team’s challenge involved using data from satellites, drones and other platforms to help local stakeholders develop urban plans that are more sustainable and inclusive, and less susceptible to disaster impacts.

The group’s investigation found there is no current tool to aggregate publicly available data such as public transportation, soil structure, solar gradient and zoning when designing and placing a building. The team designed software to convert the data into visualized overlays.

“You can choose factors like property tax, water supply rates and even solar coverage,” Mishra said. “The app will show you an intersection of these zones to allow you to better identify the best location for development according to your preferences.” 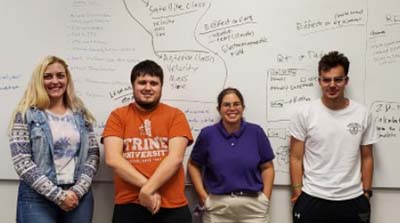