There is an undefined quality in sports that often determines winners and losers. Anyone who has played a sport has experienced playing with or against someone who has that special “something.”  It is hard to say exactly what that something is.  These players work hard, take extra practice, never quit and never lose focus.  These players are in the right place at the right time all of the time.  Is it luck, perseverance, savoir faire or perhaps a combination of all of these things?  Angela Duckworth pioneered research in something she called Grit.  Duckworth (2007) defined grit as, “a passion and perseverance for long term goal” (p. 1087). Perhaps it is grit that results in that special something that makes some athletes better than others. 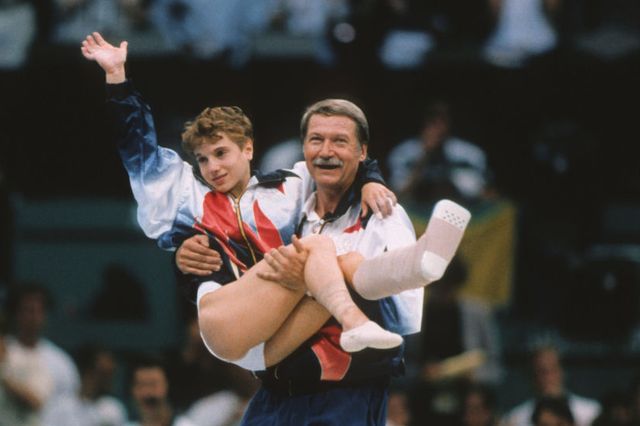 Grit is a relatively new concept with much of the pioneering research being completed by Duckworth in the early 2000’s (Crede et al., 2017). They studied grit and created a scale that assessed a person’s level of grit. In a meta-analysis on grit literature, Crede et al. (2017) determined that there has not actually been a lot of studies that look at grit. They concluded that grit equals perseverance. In another study (Strayhorn, 2014) determined that grit predicted academic success, life satisfaction, happiness and even self-efficacy. This same study concluded that grit predicts achievement in challenging domains (Strayhorn, 2014). Athletics is a challenging domain so perhaps grit is that something special that many athletes possess. Another study on grit used grit to determine success in academic, occupational and military situations (Tedesqui, 2017). They concluded that people who had grit were more likely to have persistence in effort and that this persistence leads to success (Tedesqui, 2017).

Another study by Hill et al. (2117) suggested that grit is very related to purpose. This study concluded that people with grit have long term goals and are willing to work towards those goals (Hill et al, 2017). Schreiner (2017) concluded that grit was more than just effort. It is working hard, having passion and persevering through difficult times. Moles et al. (2017) looked at grit in the context of how people respond to feedback. It was concluded that gritty people work harder and longer (Moles et al., 2017). They also sustain effort and have more resources to devote to performance (Moles et al., 2017). Gritty people are not impacted by negative feedback and become more deliberate with their practice after any feedback (Moles, 2017).

Grit is an important concept when considering athletic achievement. Coaches and parents should do all they can to help young athletes cultivate their grit. Hill et al. (2017) suggested that grit equals purpose. Helping young athletes to get purpose by setting long term goals helps them to build grit. Relating practices and techniques to long term goals also helps develop grit.

Unfortunately, it is not exactly clear if grit is something we are born with or something we can develop (Schreiner, 2017). On the outside chance that grit is something that can be developed, coaches and parents need to encourage goal setting and reward work and effort. Duckworth (2007) defined achievement as a marathon and noted that a gritty person has the stamina necessary to run the marathon. Doing all we can to encourage stamina and working towards goals is integral for building grit in young athletes.

No one is sure about exactly what it is that makes some athletes special. Grit or passion and perseverance for long term goals is potentially that thing that leads to success (Duckworth, 2007). Helping players develop passion, set goals and work towards those goals fosters grit which just might be the thing that makes some athletes special. More research needs to be done in this area to determine if grit is that special quality. Additionally, more research needs to be conducted on how to cultivate grit in young athletes.