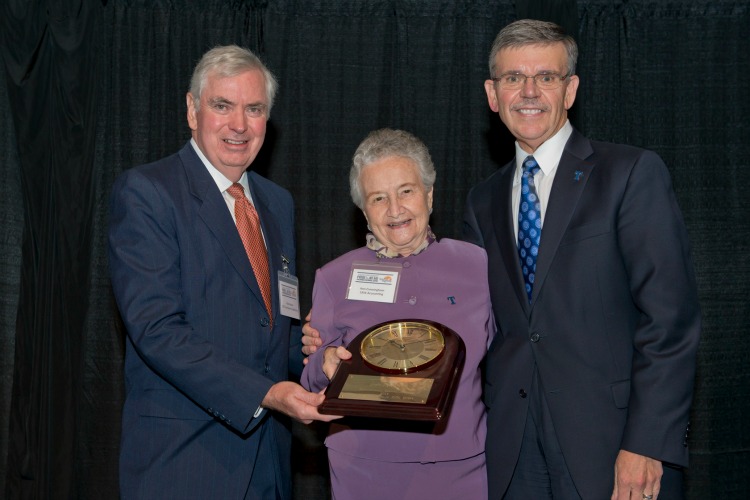 OCT. 14 -- Three alumni awards were presented Saturday as part of the 2015 homecoming celebration. 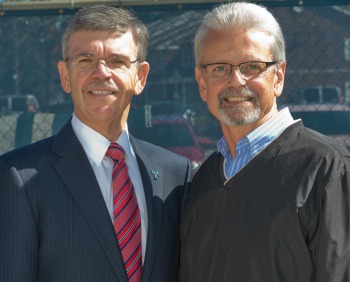 Gilbert worked in product quality at the Detroit Diesel Allison Division of General Motors Corp. from 1973 to 1976. He then joined the First Federal Savings Bank of Angola in 1976 and is currently the board chair, president and CEO of the organization.

An Angola native and resident, Gilbert serves on the Angola Investment Fund Advisory Board, Pleasant Township Board and is a founding member of the Steuben County Community Foundation and the Cameron Memorial Community Hospital Foundation.

The Outstanding Achievement Alumnus Award is given each year to an alumnus who has attained a high level of achievement in his or her profession, is well thought of in his or her community, and who upholds the ideals of Trine University.

Cunningham spent 20 years as a teacher, reading specialist, administrator and consultant. She served as a grants administrator for the Austin Independent School District from 1982 to 1995, then performed contract monitoring for special education and later monitored discretionary grants and contracts for Texas Education Agency until 2000.

Cunningham has devoted hours of service to Riverbend Church in Austin, where she volunteers with its Mobile Loaves and Fish program, assists with monitoring their Aquaponics garden, works with Angels Afoot to provide Christmas gifts for children and helps with summer Bible school preparation. Cunningham also assists with performances at a large cultural center, teaches seniors a variety of skills including photography and computer use and aids in checking donations for an annual sale to benefit abused and neglected children.

The Distinguished Service Award is given each year to an alumnus/ae who has performed outstanding service to society in his or her profession, personal achievement or community; and who has manifest interest in Trine University and has supported it by contributions of time, talent and money; by recruitment of students; or by placement of graduates. 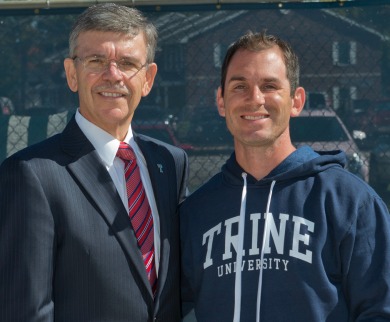 Currently a senior project engineer with Panasonic, he works with a team to design large-scale solar and battery storage equipment. He previously worked as a senior engineer at Inovateus Solar, where he focused on large-scale commercial and off-grid solar projects.

Barletto helped his South Bend community reduce taxpayer costs and environmental impact by developing a plan to plant clover instead of grass in vacant properties and public spaces. The clover grows to a maximum of eight inches in height and requires no maintenance, reducing or eliminating the need for mowing in these spaces. He also keeps bees and worked to pass a city ordinance that allows beehives within city limits.

Barletto is active in his community as president as the Keller Park Neighborhood Association and serves on the electrical engineering advisory board at Trine.

The Distinguished Service Young Alumnus/Alumna Award is presented to an alumnus or alumna who is 40 years of age or younger who has performed outstanding service to society in his or her profession, personal achievement or community; and who has manifest interest in Trine University and has supported it by contributions of time, talent and money; by recruitment of students; or by placement of graduates.