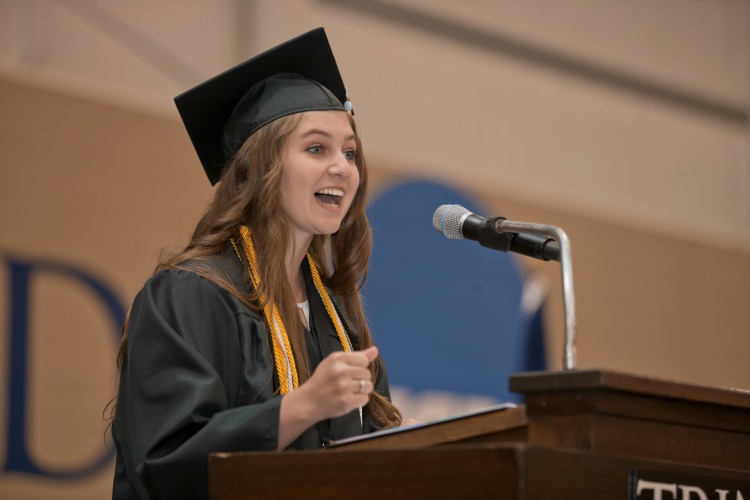 The Robert B. Stewart Award is presented to the graduate who most clearly exemplifies the traditions and values of Trine University through achievement in scholarship, leadership and citizenship. Each school nominates a graduating senior for this award. This year, Erin Lewis, an elementary education major from Farmland, Ind. was honored with the award.

Lewis said of being selected as the recipient of this award, “It is a daunting task being asked to speak on behalf of such an accomplished group.”