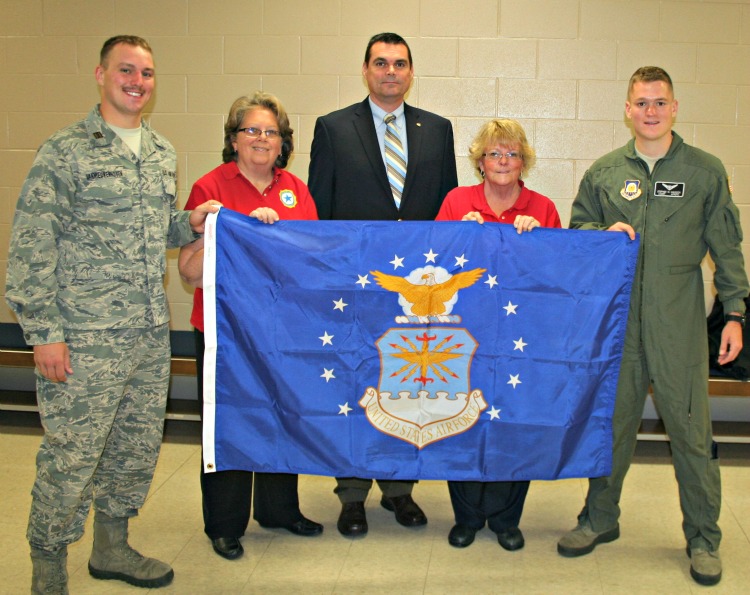 The Women’s Auxiliary has continued to show its support of Trine’s ROTC organization as this is the second flag presented to the program. Last year, the program was presented with an American flag. These generous gifts help to assist the Air Force cadets when presenting the colors and practicing without the need to borrow equipment from the Air Force detachment.

“We are very thankful to the Hamilton American Legion Women's Auxiliary for their dedication and support of our Air Force Cadets,” said Thomas Trusty, Trine University Air Force ROTC advisor.