Trine University has promoted a longtime coach to direct its growing athletics program. As part of the restructuring, a seasoned assistant coach will take the helm of Thunder football. 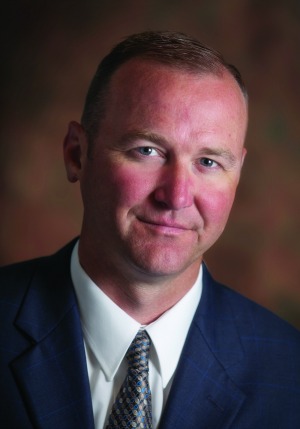 Matt Land, who has served as head football coach since 2006 and athletic director since 2012, has accepted the new role of assistant vice president for athletics, effective immediately. In this new administrative role, Land teams with other campus officers to coordinate all facets of the athletics program. These collaborative efforts include recruitment and retention of student-athletes, and fundraising, program development and day-to-day leadership for athletics. 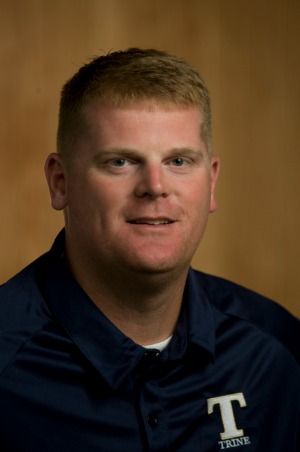 Troy Abbs, who has served as assistant coach/defensive coordinator under Land, has been named head coach of the football team.

“Matt has done an excellent job serving in both roles and now he will be able to focus strictly on an administrative role as he oversees the athletics program,” said Earl D. Brooks II, Ph.D., Trine president. “Troy has been a part of the program for years. He will ensure a smooth transition and maintain the quality of Trine football.

“As we grow, we want to be sure we provide support and quality facilities to offer our student-athletes the best experience academically and athletically,” Brooks said.

With Trine’s rapid growth in enrollment and student-athletes, the university has been expanding and enhancing athletic facilities. Last week, Trine announced the construction of a new softball stadium with SportONE/Parkview Softball Field and the Ben Davis Memorial Press Box. Recent additions and enhancements include:

“I’m excited about the new position and new challenges as I manage our rapidly growing athletics program with more than 600 student-athletes,” Land said. “My priority is ensuring a quality program and experience for our dedicated student-athletes.”

Land is confident in the abilities of new head coach Abbs, who had served as assistant coach/defensive coordinator since 2006.

“We started this venture of Thunder football nine years ago and Troy has been an integral part. I’m confident and excited to have such a veteran coach lead our football program,” Land said.