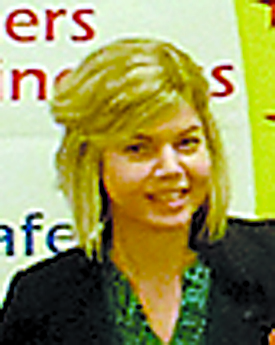 Molly Floyd graduated from Tri-State University, now Trine University, in 2007 with a Bachelor of Science in Elementary Education.

She returned to Hendry Park in the fall of 2010, serving as Title I literacy teacher for third through fifth grades, and then as fifth grade general education teacher from 2011-2014. She then served as a guidance counselor and assistant principal at Hendry Park from 2014-2016.

“I have enjoyed my experience attending our local K-12 schools (Carlin Park Elementary School, Angola Middle School and Angola High School) as well as attending Trine University,” she said. “It is an honor to serve our community in this new capacity as principal of Pleasant Lake Elementary School. I look forward to the change and challenge.”

The Herald Republican reports that as the new principal of Pleasant Lake Elementary, Floyd will serve as the grand marshal of the Pleasant Lake Days parade on Aug. 13.