Gollnick recognized for 45 years of service 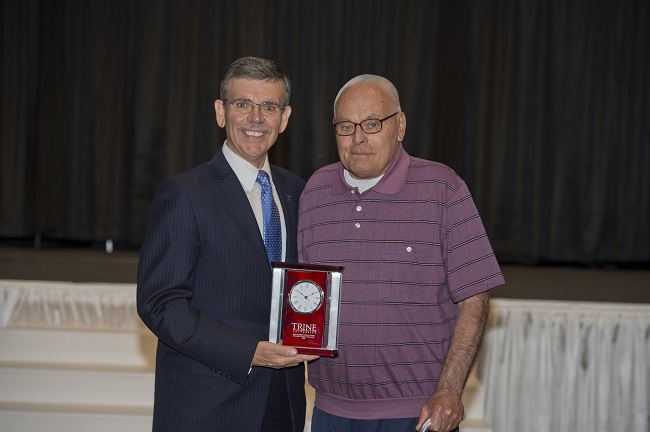 In honor of the time and financial resources they contributed as well as their athletic success, the couple was inducted into the Trine University Athletic Hall of Fame in 1996 and the track in the Keith E. Busse/Steel Dynamics Inc. Athletic and Recreation Center was named in their honor in 2009. The plaque in the Hall of Fame cites not only their accomplishments on the track but the time they invested in students, recognizing them as not only the founders, but the “parents” of the cross country and track programs at Tri-State.

Joan Gollnick passed away in 2003.

Richard Gollnick has continued to raise funds for Trine University as well as provide personal financial support, and he coordinates the university’s annual Track Reunion.