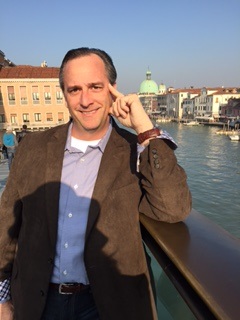 ATLANTA — When Don Bader initially came to Trine University’s graduate program, he was looking to acquire credentials to advance his career in the criminal justice field.

Instead, three years after finishing his Master of Science in leadership with a concentration in International Business, he credits the skills he learned and the academic credentials with fueling his rise to vice president for an international financial software and services company.

Bader spent about the first 15 years of his career in the field of automobile sales – either as a car salesman, finance and insurance director or as a commercial insurance agent marketing to dealerships — but realized he wasn’t going to advance without a bachelor’s degree.

“I wasn’t on a level playing field with the other junior executives; promotions would inevitably go to someone else.” he said.

He made a change and earned his bachelor’s degree in general studies from Indiana University-South Bend in 2008.  Bader took a slight career detour in 2010 and became a police officer, pursuing a lifelong dream.  In order to better position himself for promotion, he re-enrolled in IUSB to study criminal justice. While there, IUSB professor Julia Jordanich encouraged Bader to consider Trine’s Master of Science in criminal justice program.

Now in his early 40s, Bader discovered he was having a hard time keeping up with other officers in their 20s. He entered the MSL program in August 2013; in October 2013 he began working as a dealer representative for CRIF Lending Solutions, which provides software and other services to financial institutions that help car dealerships fund indirect loans.

“If you borrow from a credit union to buy a car, it’s likely our software touched the loan in some form,” he said.

Primarily hired to work with one client, he thought that would be the extent of his duties for CRIF, but as he gained new skills and completed his MSL in 2014, he found more opportunities becoming available.

“I became more valuable to the organization and they rewarded my successes with more responsibilities,” he said.

“As I developed my territory and grew it, and began leading other team members the president of our company started taking notice,” he said. “The president of CRIF valued my advanced degree; he started looking at our company’s succession plan, and recognized the leadership and management skills I possessed were invaluable to our long-term growth.”

In his current position, Bader oversees a staff of 17 in two departments – three national sales representatives who focus on developing new business, and 14 account managers and/or dealer representatives who maintain relationships with existing clients.

He said one of the biggest benefits he received from the MSL program was being able to practice and improve his presentation skills. The leadership skills and philosophies he learned at Trine have resulted in Net Promoter Scores of 4.7 out of 5 — indicating high internal customer satisfaction and loyalty — during his associate to manager assessments and feedback during his most recent annual review.

“I’ve done about 50 presentations at conferences and sales meetings since joining CRIF. In completing the MSL I am able to confidently and comfortably compete in the board room,” he said.

“Without the experience at Trine I personally would not have the confidence or the skill set to navigate the ‘C’ suite in a sale or account management environment. The practice of doing presentations almost weekly and getting critiqued by other students and professors really upped my presentation skills and my ability to convey ideas in a thorough and well-thought-out manner.”