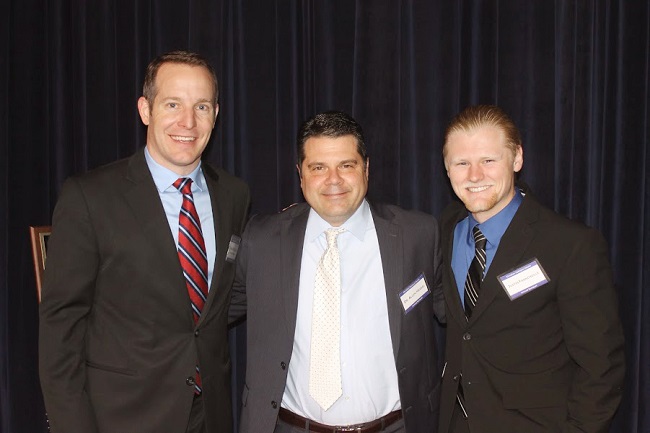 A. Allen Hersel, vice president for academic affairs at Trine University, was honored with the Distinguished Faculty Award by the university’s Christian Campus House.

The award, which is voted on by the CCH senior class, was given during the organization’s annual banquet on Saturday, March 25.

"Dr. Hersel was an easy choice for this award,” said senior Grant Klopfenstein, a chemical engineering major. “For all my years with him, he was completely unwavering in his commitment to his students. It was clear his genuine care for me was outside of just my studies."

“We’re grateful for the Trine professors who work to ensure their students are performing well academically and enjoying a well-rounded college experience,” said Travis Wilhelm, lead campus minister and university chaplain. “The award is one way to recognize top individuals on the Trine campus.”

CCH seeks to help Trine University better the student community as a whole by creating a ministry that serves their spiritual needs.