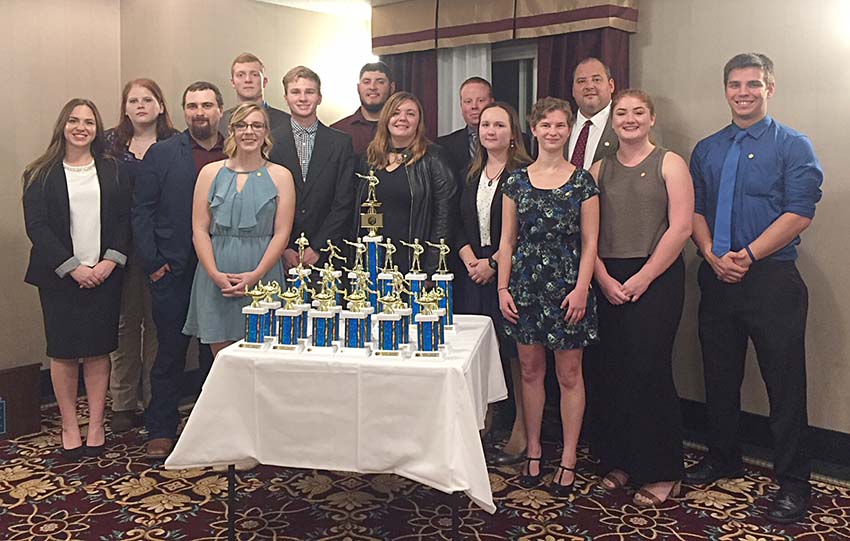 The Trine chapter hosted the conference Oct. 13-14 in Auburn. Students, alumni and faculty competed against five other chapters/colleges from throughout the Midwest in four categories: written examinations, handgun competition, crime scene investigation and physical agility.

“We had an outstanding effort by our current and former students. This year, we were able to have some of our newer members join us to compete. We were very pleased to see a wide variety of awards among the students and alumni,” said Cisco Ortiz, from the Department of Criminal Justice, Psychology and Social Sciences.”

“Hosting the conference this year was not only an accomplishment by a team effort from our students and alumni, we were also very grateful for the help provided by other university staff and administration,” he said. “It was an honor to be able to host the conference and an even more of an honor to see our students successfully plan and coordinate such an event.”

Ortiz, a 1999 graduate and one of the chapter’s faculty advisors, along with Andrew O’Connor, a 2015 graduate and current sergeant with the Parkview Police Department, and Dustin Eggert, a 2011 graduate and current Indiana State Police trooper, competed in the professional division, while the students participated in the lower and upper divisions based on their year of in school.

The team members won eight academic awards for testing in the knowledge areas of criminal law, corrections, juvenile justice, police management and the history of ACJA— Lambda Alpha Epsilon, and 14 awards in the three other competitions. Trine awards were as follows:

Members of Trine’s ACJA chapter will compete at the 81st National Conference of the ACJA—Lambda Alpha Epsilon, which will be held March 18-23, 2018, in Cleveland.