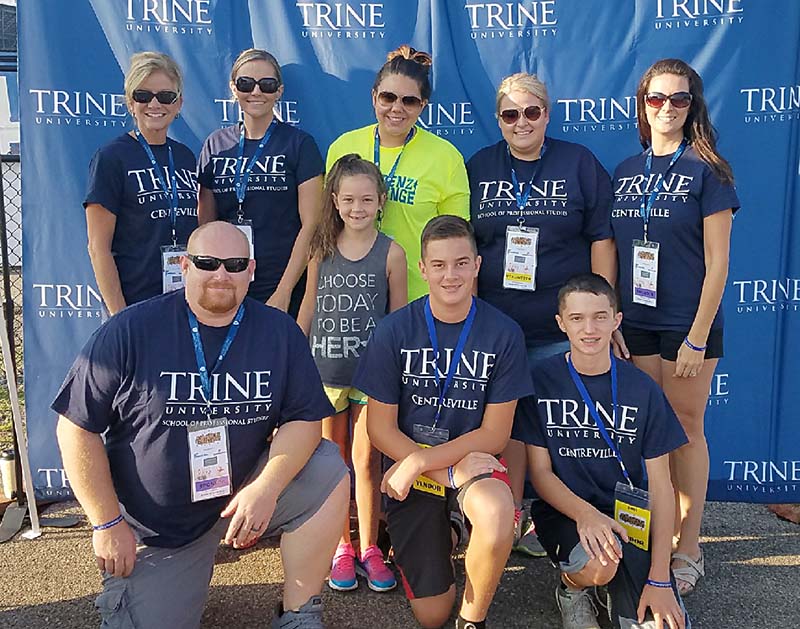 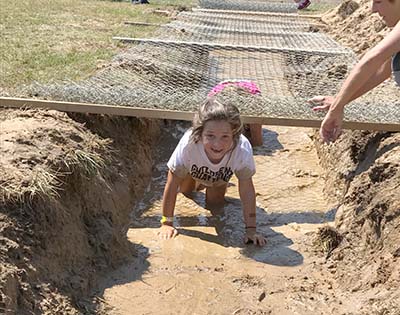 Open to ages 4-13, the Childrenz Challenge is a 1.5-mile mud-drenched course with more than 20 obstacles including mud mounds, slopes, tunnels, swings and more. The event awards cash prizes up to $6,000 to schools and teachers with the highest percentages of student participation.

More than 2,300 children participated in the Challenge, which seeks to contribute to local charities and schools as well as create a fun and entertaining event.

“Everyone from Trine really enjoyed the event. It was a great opportunity for us to get involved in an event that shows Trine isn’t just Angola,” said Greg Knauer, regional director of admission at the Angola Education Center. “We want the chance to be a part of more communities and to become more widely known in those communities.”

The university first heard of the event when Knauer attended a networking event at MIS. He met Scott Vitale, founder/president of Childrenz Challenge, who offered Trine the opportunity to be the first institution to sponsor the event. 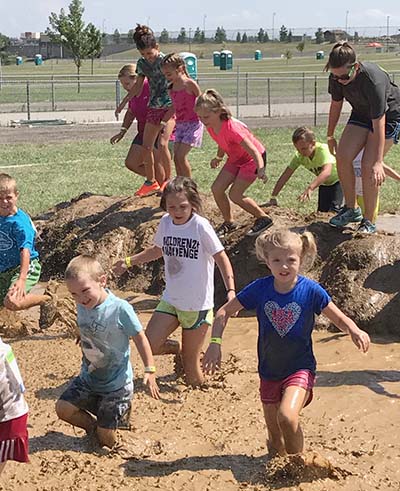 “Scott has reached out to many institutions in past years and has always been turned down, so he was very happy to have us,” Knauer said.

Storm also was in attendance for pictures with the children.

“The best part of the event was to see the fun and excitement in children and their families,” said Knauer. “At the beginning of every heat, the volunteers would get the kids fired up with words of encouragement before they sent them off.”