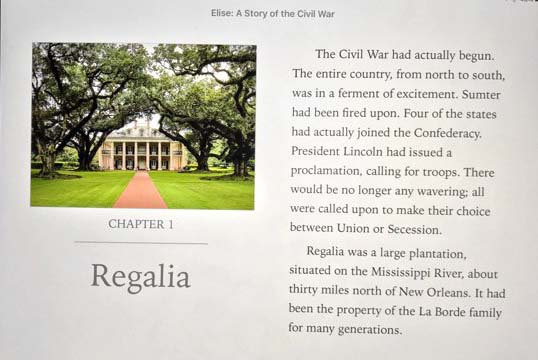 Trine HAC Press launched a year ago with writings from the mythology class. This year it’s expanding into scholarly editions of once lost American literature—with the first of those two texts now available.

HAC professor Dr. Sarah Young’s American Literature I course explores both texts that are central to the literary canon, as well as recovering pieces that have been lost to the ages for any number of reasons.

This semester’s recovery project is asking students to do so hands-on by finding old texts and creating new editions. It’s intended to make students, “rethink the American canon: Why are certain books remembered? Why are certain books taught and other books are entirely lost?” Dr. Young said when asked about the importance of such an assignment.

The project itself involves only texts that have not been published or re-published in the last hundred years, finding them through various online resources, with the end goal being to publish a scholarly edition of those texts. These have been collected under the new label of Trine HAC Press Restoration Series. This experience, Dr. Young hopes, will give students the confidence and skillset to be able to make decisions about the value of a text independently and without tradition, and that they understand the richness and diversity of texts that exist. In addition, it is also an exercise in discovery of history through primary research.

In total, four books are set to be published electronically with the first two now available. Elise: A story of the Civil War was worked on by Emma Lucas, Jessica Griffioen and Michael Nichols. The Rivals: A Chickahominy Story was worked on by Stephanie Delph, Kyle Long and Elijah Thiess. You can find them on the Trine HAC press page available in three versions—Apple iBooks and ePub formats for free, or a slight charge for the Amazon Kindle editions. Later this summer, Jordan Blank, Katelin Miller and Irie Baker’s project, A Portrait in Crimsons, will be published, as will A Grim Truth, which was recovered by Michelle Thrasher, Mycah Houser and Anna Favalon.

Many of these books and texts are lost due to forces in history and the idea of what it means to be, “American.” Many books do not fit the standard model of the traditional American canon but may still be just as valid in a classroom setting as those which do. Dr. Young explains, “In the 1970s and 1980s, feminist scholars and African-American scholars recovered a lot of these texts, and part of the reason we have things like ‘The Yellow Wallpaper’ and Incidents in the Life of a Slave Girl… is because of the people who did this work.”

Learning can happen at any time and in many ways, but for Dr. Young’s students, the past is only a page or two away.