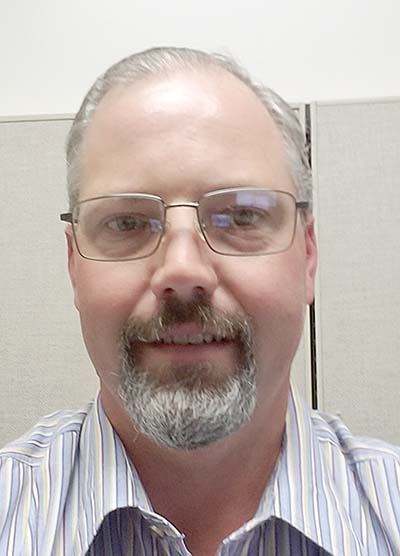 NAPPANEE — Randy Haupert, a 2016 graduate from Trine University’s Warsaw Education Center, has been named senior engineer for Newmar Corporation, where he began 20 years ago as a heavy-duty diesel mechanic.

Haupert transferred to the high-end motor home manufacturer’s customer service department in 2010, then to engineering in 2013.

“I’d been wrenching pretty close to 17 or 18 years and knew I didn’t want to keep doing that until retirement,” he said.

Having earned a degree as an auto-diesel mechanic from Lincoln Technical Institute in Indianapolis to start his career, Haupert started to look into getting a bachelor’s degree. He began the electrical engineering program at Purdue University, but Purdue dropped its evening classes, so he started taking computer science classes at Trine’s Mishawaka center.

He eventually transferred to the Warsaw center to work on a mechanical engineering degree.

“Prof. Jerry Holland pointed out mechanical engineering and put me on that path,” Haupert said. “Once I started the degree I transferred to engineering and everything just worked well to work and finish my degree.”

His new position is Haupert’s third step up since joining the engineering department. As senior engineer, he oversees a team of three product engineers and four draftsmen that works with about half the units the make up Newmar’s regular sales.

He said he is still settling in to his new role.

“There is a lot of information to gather up and work with the team to improve the product we have,” he said.

His Trine education gave him the engineering background he needed as well as a broad foundation of knowledge that has allowed him to succeed, he said.

“Not only did I learn a lot on the mechanical engineering side, but the other classes gave me a whole new way of thinking and looking at things,” he said.