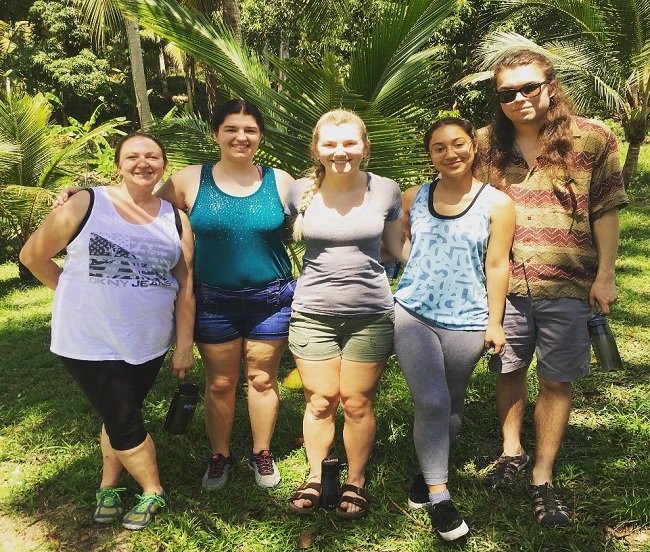 Three Trine University students and their professor were able to travel to Jamaica for spring break and an experience of a lifetime. 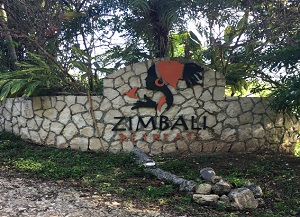 The students had to do an extensive amount of research about the Jamaican culture before heading for Jamaican paradise.

Per Thrasher, “We did research on different aspects of Jamaica, such as traditions and customs, before leaving.”

Nor did classwork end when the group returned. Serrano said group members each will write reflections about the trip, and the group is also making a video with all the pictures and smaller videos they each took.

That video the group is creating will be shown at SPEAK’s Earth Fest event taking place on April 22 at the Briali Vineyards and Winery. The reflections by the students will be completed throughout the later part of the spring semester.

Wilson said the Rasta Tour the group took was her favorite part of the trip.

She explained the tour “consisted of a Rastafarian man, named Fire, leading our group up the mountain, telling us about the land and traditions, and when we finally reached the shack at the top of the mountain, he made lunch for us, Rastafarian-style.” 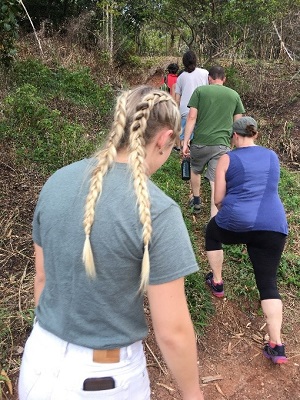 Martin added, “Zimbali has seven acres on Canaan Mountain where they have very fertile soil and grow an assortment of fresh veggies and fruits with no pesticides. This allowed us the opportunity to have farm-to-fork breakfast, lunch, and dinner every day.”

The students said they would recommend this class to others, but Wilson said you need to have a certain passion to want to take this class and the trip.

“I would encourage anyone who is open to exploring different cultures to take this class, because it was a fun, educational and humbling," she said. "However, I would say that you have to be comfortable going out of your comfort zone to go on a trip such as this one.”

Photos: Top: From left, Prof. Brandy DePriest, Michelle Thrasher, Emily Wilson, Jenny Serrano and Luke Martin pose for a picture in Jamaica. Middle: The entrance to Zimbali Retreats. Bottom: The group traveling up the mountain on the Rasta Tour.