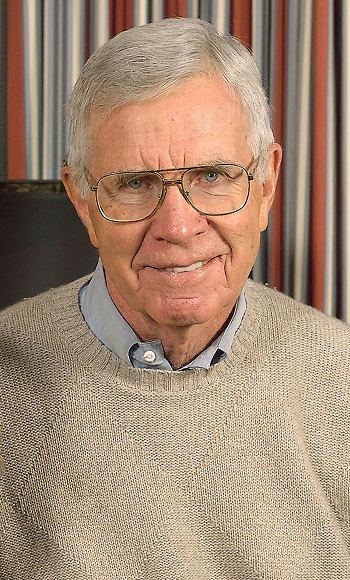 Trine University joins many throughout northeast Indiana who are mourning the death of Ian M. Rolland. The former Lincoln National CEO and philanthropist died Saturday, July 1, at age 84.

Rolland had been a member of Trine’s Board of Trustees since 2010, serving on its Finance and Audit committees. He and his wife Mimi financially supported the T. Furth Center for Performing Arts and the university’s endowment.

The university awarded him an honorary degree in 1988.

“Trine University was privileged to count Ian M. Rolland among its leadership. He will be greatly missed,” said President Earl D. Brooks II, Ph.D. “His generosity, expertise and desire to make the world a better place not only at Trine University but throughout greater Fort Wayne made a positive impact on many in the region. Our hearts go out to Mimi and their children, but we have the comfort of knowing the work Ian did and supported will continue for many generations to come.”

He led a parent group that filed suit in the 1980s to integrate Fort Wayne Community Schools, and also led the fundraising drive for Fort Wayne’s Headwaters Park in the 1990s.

In 1998 he was named Business Leader of the Year by the Indiana Chamber of Commerce. In 2011 he was one of four people in the nation honored with the Distinguished Friend of Education Award by the Council for Advancement and Support of Education, and in 2012 he was awarded the Sachem Award, the highest award in the state of Indiana.